Vice President Hamid Ansari arrived in Cambodia on Thursday on a two-day visit, the first by an Indian vice president to Laos, during which he will hold extensive talks with the Laotian leadership to deepen bilateral ties especially trade links as part of India's Act East policy.

Ansari, who flew in Vientiane from Cambodia, was received by Vongsavath Boupha, Minister to the President's office and India's Ambassador to Laos, Ravi Shankar Aisola at the WattayInternationalAirport.

Ansari will hold talks with his Laotian counterpart Bounnhang Vorachith on Friday. He will also call on President Choummaly Sayasone and meet Prime Minister Thongsing Thammavong.

This is not only the first visit to Laos by an Indian Vice President but also the first high-level visit after the trip by former President Pratibha Patil in 2010.

Ansari will also visit the That Luang Stupa, which is a national symbol.

Highlighting important cultural links between India and Laos, Wadhwa had said, "Another symbol of very high civilisational links (between India and Laos) is theVat Phou, a Shiva temple in Champasak province, dating back to the 5th century AD so it predates Angkor Wat."

"India-Laos commercial ties need to be strengthened because the present bilateral trade is not reflective of our potential. There seems to be a need for an interaction between industry chambers, participation in each other's exhibition etc. The Indian private sector will be encouraged by this visit to explore opportunities in Laos," Wadhwa said.

"India has extended a total creditline of USD 165 million over the past decade for infrastructure project which includes transmission lines, equipment for rural electrification, hydro power projects and irrigation schemes," he said.

The Vice President's visit will focus on shoring up economic ties, Wadhwa said.

Asked about Cambodia's protest over building of an Angkor Wat replica, Secretary East Anil Wadhwa had said ahead of the Vice President's visit that India has allayed Cambodian concerns in this regard by arranging for a visit by a representative of the Cambodian Embassy here to the temple and asked them to suggest changes that would satisfy them.

"The process is ongoing and if there are any more changes which are required, the private trust is willing to carry it out. An embassy official has made a trip to the temple and seen for himself. The measurements etc have also been shared," Wadhwa had said.

The AngkorWatTemple, inscribed in the UNESCO's World Heritage list in 1992, is the country's most popular tourist destination.

According to latest government figures, the 12th century site attracted 842,719 foreign tourists in the first four months of this year, earning USD 24.1 million from ticket sales.

Ansari, who was accompanied by the Minister of Information Khieu Kanharith, also visited the Ta Prohm temple which is close to the Angor Wat temple.

Talking about India's restoration projects at the cultural sites in Cambodia, the Vice President had yesterday said, "The temples at Angkor are a reflection of our shared cultural heritage. We are very proud of our association in the restoration of historical heritage of Angkor Wat temple complex as well as other sites. We have recently completed major restoration project at Ta Prohm temples and look forward to starting a new phase of restoration there soon." 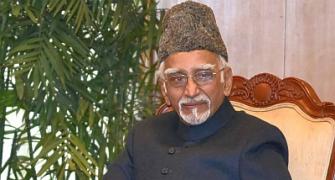 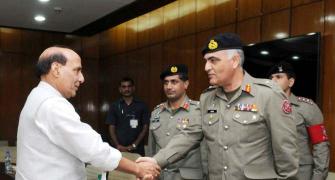 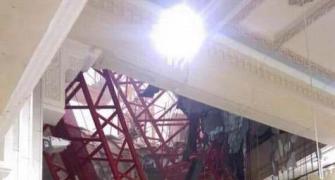 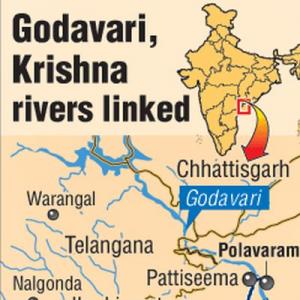 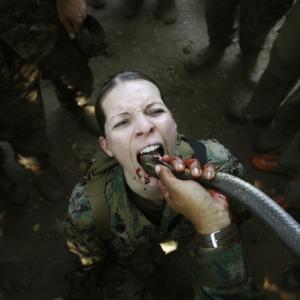