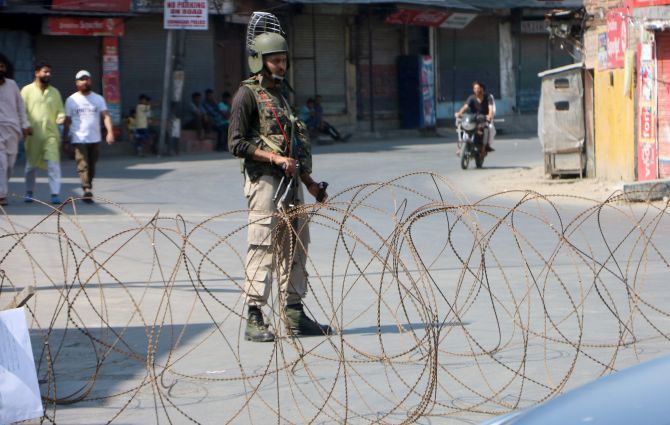 A truck driver was killed by suspected terrorists on Monday in Jammu and Kashmir's Anantnag district, police said, a day before a delegation of European Union MPs visits the Valley.

Narayan Dutt, a resident of Katra in Udhampur district, was fired upon by the militants in the evening in the Kanilwan area of Bijbehara in the south Kashmir district, a police official said.

Dutt died on the spot, he added.

A senior police official, who was nearby, rushed to the scene of the incident and managed to save two other truck drivers who were in the vicinity, police said.

The area has been cordoned off and a hunt launched to nab the attackers, they said.

In the past few days, militants killed three truck drivers, a trader from Punjab and a migrant labourer in Kashmir.