News
Business
Movies
Sports
Cricket
Get Ahead
Money Tips
Shopping
Sign in  |  Create a Rediffmail account
Rediff.com  » News » Another party to be launched in AP ahead of LS polls 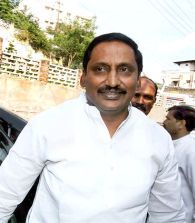 Every general election since 2004 has been seeing the foray of one or two new parties into the political battlefield in Andhra Pradesh.

If it was Telangana Rashtra Samiti in 2004 and Praja Rajyam Party in 2009, it would be Yuvajana Sramika Rythu Congress in 2014.

Adding to this now will be the yet-to-be-named political party being launched by former chief minister N Kiran Kumar Reddy.

It's essentially an individual's ambition to ascend the high seat of power in the state that gave birth to these parties though the grounds publicly stated were different.

TRS started off as a "movement" in 2001 for securing statehood to Telangana and jumped into the electoral fray in 2004 as a means to achieve its goal.

The outfit was limited only to a particular region in the state and its political graph had mostly been uneven in the last few years.

Now, with Telangana state becoming a reality, the TRS has transformed into a full-fledged political party and hopes to see its fortunes surge.

'Megastar' of Telugu films K Chiranjeevi launched his political party PRP in 2008 with the promise of ushering in a 'change' in the system as an alternative to the two major political forces in the state -- Congress and TDP.

The PRP could not achieve what it wanted -- power in the state but surely ended up playing a 'spoilsport' to the fortunes of TDP.

In less than four years, the PRP became extinct in 2012 by merging with the ruling Congress.

The 2009 election also saw another new player in Lok Satta Party of bureaucrat-turned-politician N Jayaprakash Narayan but it ended up as a 'one-seat wonder' with only its founder tasting electoral success.

Lok Satta, however, is not a mainstream political party in that sense and has emerged on the scene basically with a reformist agenda.

The YSRC took birth three years ago when the ambitious son of former Chief Minister Y S Rajasekhara Reddy, Y S Jaganmohan Reddy, was "denied" the opportunity to succeed his father following the former’s tragic death in a helicopter crash.

Jagan walked out of the Congress to launch the YSRC with the sole objective of capturing the CM's throne.

At least Jagan has been categorical in openly acknowledging his ambition.

The YSRC started off as a regional party on a high note but has now been virtually reduced to a 'sub-regional' outfit, having lost its moorings in Telangana region by taking a pro-united state stance.

The TRS fought the 2004 elections to Lok Sabha as well as state Assembly in alliance with the Congress.

It won 26 Assembly and five Lok Sabha seats with a 6.68 per cent and 8.03 per cent vote share respectively. By the time the Assembly's term ended in 2009, the party's strength depleted by half with large-scale defections to other parties.

In 2009, the TRS was part of the Grand Alliance with TDP, Communist Party of India and Communist Partyof India-Marxist but managed to win only 10 out of the 45 Assembly seats it contested with a vote share of just 3.99 per cent. It won only two Lok Sabha seats with 6 per cent vote share, raising questions about its political longevity.

The 2014 elections will, however, be a different ballgame for the TRS as it starts off as a frontrunner having achieved statehood for the region.

The PRP contested 288 Assembly seats on its own but could romp home only in 18 (16.32 per cent vote share), dashing all hopes of its founder who had his eyes on the chief minister's chair.

Kiran Kumar Reddy was state chief minister for over three years till he resigned on February 19, protesting the bifurcation of Andhra Pradesh, simultaneously quitting the Congress.

He would have been content taking a break from politics, but the six MPs expelled from the Congress prodded Kiran to lead them on a new political path.

The new party's influence, if any, will be limited only to coastal Andhra and Rayalaseema regions as it is coming up on the united AP plank.

Will Kiran and Co. make a mark or end up being a spoiler like the PRP is the big question.

Jagan was seen to be having an edge in Seemaandhra, by taking a pro-united AP stance or otherwise, but the sudden entry of the new player (Kiran) might make the sailing tough for the YSRC. 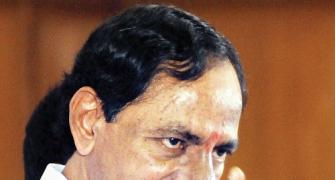 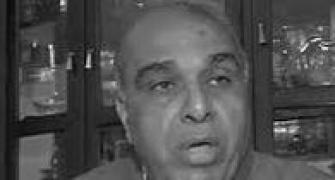 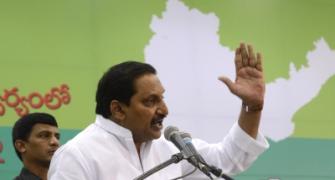