The Northwest Airlines flight, targeted by a terror suspect on Christmas, came under scanner once again as the crew asked for emergency assistance for a disruptive passenger who was arrested after the plane landed in Detroit, but the FBI termed it as a "non-serious incident".

Already on the alert following a failed attempt to blow up a Detroit-bound plane on Friday, the flight crew became concerned yesterday after a Nigerian man became sick and spent about an hour locked in the bathroom, officials said.

But the passenger got upset when he was questioned by the crew of the flight from Amsterdam, CNN said, quoting sources in the government.

"Today at Detroit Metro Airport, JTTF (Joint Terrorism Task Force) responded to a report from an incoming flight from Amsterdam where a passenger spent a lengthy time in the restroom. This raised concerns so an alert was raised.

"JTTF investigated and the investigation shows that this was a non-serious incident and all is clear at this point," FBI spokesperson (Detroit) Sandra R Berchtold told PTI.

Officials told NBC News that the man, a businessman, had locked himself in the airliner's bathroom and refused to come out of it as "stomach problems" prevented him from leaving.

All 257 passengers and 12 crew have deboarded safely. The flight landed in Detroit at 12:34 pm (local time) yesterday.
In an earlier incident on Friday, Nigerian national Umar Farouk Abdulmutallab, 23, allegedly tried to blow up a US plane midair.

Metro Airport spokesman John Witner said there was a report of suspicious activity on the Delta/Northwest flight 253 from Amsterdam.

After the flight crew became concerned, the pilot of the flight requested emergency assistance upon arrival.

The Transportation Security Administration said the airline alerted authorities to a "disruptive passenger" on board, who was taken into custody when the plane landed.

The aircraft has been moved to a remote location for additional screening. TSA and law enforcement met the aircraft upon arrival, the passenger is now in custody, a FBI statement said.

President Barack Obama, in Hawaii for vacation, was notified about the incident.

Heed the cry of the armed forces 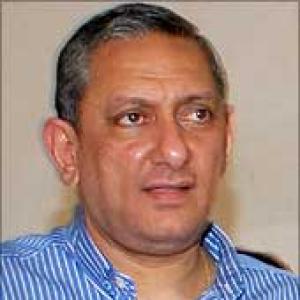