A case of disproportionate assets was filed against a former All India Anna Dravida Munnetra Kazhagam MLA by the Vigilance Directorate and simultaneous searches were held in multiple locations on Friday by the anti-corruption sleuths. 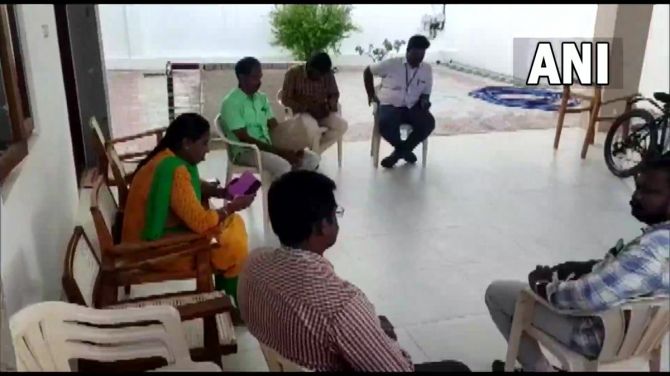 KPP Baskar, a former MLA (from Namakkal) has accumulated disproportionate assets to the tune of about Rs 4.72 crore and it is 315 per cent over and above the known sources of income, according to the Directorate of Vigilance and Anti-Corruption (DVAC).

The FIR dated August 11, 2022, has named Baskar as the first accused and his wife Uma as the second accused.

As per the FIR, Baskar was in possession of "pecuniary resources and properties in his name and in the name of his family members to the tune of Rs.4,72,23,539/- which is disproportionate to the known sources of income."

A press note said that a case has been filed by the DVAC under the Prevention of Corruption Act and simultaneous searches were held in as many as 24 premises in Namakkal, one each in Madurai and Tirupur, and that a probe is on in the matter.

Baskar is the latest AIADMK personality to be brought under the vigilance lens, which has already filed similar cases against former ministers during the AIADMK regime, and it includes KC Veeramani and SP Velumani.