Following appearance of fresh posters in north Kashmir where two sarpanchs were gunned down in the last fortnight, another 40 of them went public with their resignations on Sunday.

The sarpanchs and panchs announced their resignations through paid advertisements in prominent vernacular dailies in the past two days.

The handwritten posters of Lashkar-e-Tayiba outfit were seen pasted by the locals on electric poles and walls which were, however, removed by the police later.

The threats triggered more panic in the north Kashmir where two sarpanchs were gunned down by suspected militants in the past 15 days.

Jammu and Kashmir Chief Minister Omar Abdullah asserted that only 50 sarpanchs and panchs have submitted their resignation and even those have not been accepted by authorities.

The two coalition partners are at loggerheads over the devolution of powers to these elected village representatives.

While the Congress advocates extension of Constitutional Amendment 73 and 74 to the state, the chief minister says the state constitution has enough provisions to empower them.

Omar also said that if need be the state constitution would be amended to empower the village representatives.

Congress general secretary Rahul Gandhi is visiting Kashmir on October 4. He had expressed his serious concern over the killings of sarpanchs.

Former chief minister and opposition Peoples Democratic Party patron Mufti Mohammad Sayeed has urged 'restraint in the debate over security and empowerment of panchs and sarpanchs to help their functioning and well being'.

Mufti said it was 'unfortunate that the government had allowed a golden opportunity for democratisation of our polity offered by the panchayat elections to go waste as a result of its inefficiency and political bankruptcy'.

He said after decades, the state had 'witnessed grass roots political recruitment through seriously contested elections and people had expected the panchayat institution to deliver at the village level'.

"But the government failed to seize this opportunity and tried to use the elected village representatives as propaganda tool and readymade audience for their political meetings instead of empowering them to carry out development tasks in accordance with the spirit of Panchayat raj," Mufti said while addressing PDP workers. 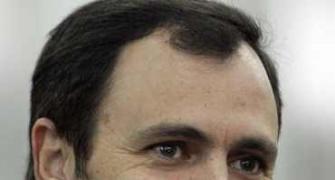 No battle with Rahul on panchayat issue, says Omar

Rahul advances trip to J&K by a day 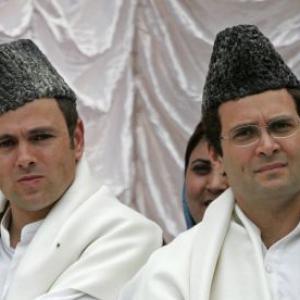