A Pakistani court reserved its decision on Monday, on a petition filed by authorities to challenge an anti-terrorism court's order rejecting a plea to declare Ajmal Kasab and Fahim Ansari as fugitives. A Rawalpindi-based bench of the Lahore High Court comprising Justices Rauf Ahmed Sheikh and Hasan Raza Pasha reserved its decision after hearing arguments by the counsel for the Federal Investigation Agency, which had filed the petition on April 10.

It could not immediately be ascertained when the high court bench would decide on the admissibility of the petition. The Special Investigation Group of the FIA, which probed Pakistani links to the 2008 Mumbai attacks, had challenged the anti-terrorism court's decision not to declare Kasab and Ansari as "proclaimed offenders" or fugitives.

Sources said the FIA wants Kasab and Ansari to be declared fugitives so that Kasab's confessional statement can be used against the seven Pakistani suspects being tried by the anti-terrorism court for allegedly planning and facilitating the Mumbai attacks. These seven suspects are Lashker-e-Taiba commander Zakiur Rehman Lakhvi, Zarar Shah, Hamad Amin Sadiq, Abu al-Qama, Shahid Jamil Riaz, Younas Anjum and Jamil Ahmed.

A separate bench of the Lahore High Court had ruled earlier that Kasab's statement could not be used as evidence in a Pakistani court. In an order issued on March 27, the anti-terrorism court had turned down the FIA's request to declare Kasab and Ansari as fugitives. The anti-terrorism court further said Kasab and Ansari were in the custody of Indian authorities and facing trial in a court in Mumbai. 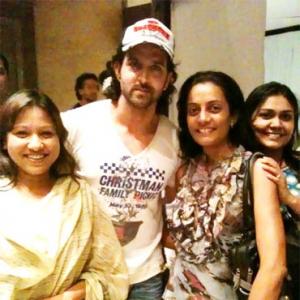