Source: PTI
Last updated on: May 24, 2011 18:14 IST
Clinching evidence of key Mumbai attack accused David Headley's links with the Inter-Services Intelligence and Jamaat-ud Dawa is provided by his diary, which contains telephone numbers of two Major-rank officers of the Pakistani Army besides some others who handled the 26/11 attackers.

The handwritten diary, whose two pages were produced by the US prosecutors as evidence in a court here, mentions the names and Pakistani phone numbers of Major Iqbal and one Major 'SM' (apparently a code name for Sajid Mir).

The diary also has the names of key JuD operatives like Abdur Rahman Makki, who is the deputy of the outfit's chief Hafiz Saeed.

The dairy's portions mentioned as 'Government Exhibit - DCH-5' were presented as part of evidence by the federal prosecutors before the Chicago court Judge Harry D Leinenweber who is hearing the case of co-accused Tahawwur Rana.

The diary also has the name and phone number of Wasi, who had figured as one of the Pakistan-based handlers who were directing the 10 Pakistani terrorists who struck in Mumbai on November 26, 2008.

There are a numbers of other names like Jehangir, Inam, Tehseen, Izaz M, Tahir, Manzoor and Khalid. Besides, there are abbreviated mentions like 'A.R', 'M.H', 'M.B' and 'C.B'.

When contacted by PTI, Rahul who came into spotlight for his acquaintance with the Pakistani-American terror suspect, confirmed the mobile number mentioned in Headley's diary belonged to him till three months ago.

"Yes, the number did belong to me till three months ago. I surrendered it due to personal reasons," Rahul said.

Asked when was the last time he spoke to Headley on that number, Rahul said their last conversation was around one-and-a-half years ago during the swine flu outbreak in India.

When PTI called the number mentioned in Headley's diary, one Akshay picked up the phone and said he got the particular number 20 days back.

In his deposition before the Chicago Jury, 50-year-old Headley, who spent months scouting out terror targets in Mumbai and other parts of India ahead of November 2008 attacks told the Judge that ISI supported the extremist group Laskar-e-Tayiba for which he worked on the deadly siege.

Headley testified that ISI provided financial, military and moral support to the banned group LeT as he recounted in detail his militant past and the bloody three-day long siege of India's largest city that left 166 people dead including six Americans. 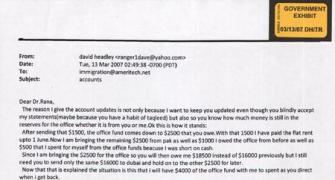 MUST SEE: Exhibits from Rana's trial in US court 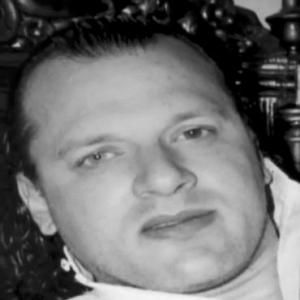 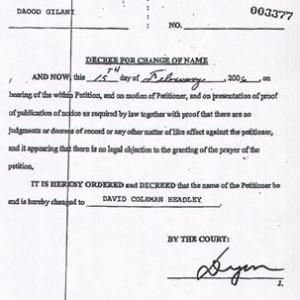