A senior IPS officer, who deposed that BJP leader L K Advani had made a provocative speech in Ayodhya moments before the Babri masjid was demolished by Sangh Parivar activists in 1992, was on Friday cross-examined by the defence in a Rae Bareli special court.

Anju Gupta, who was the personal security officer of Advani at the time of the Ayodhya crisis in December 1992, was cross examined by defence counsel H D Sharma on her testimony in the court of Chief Judicial Magistrate Gulab Singh.

During the proceedings, Sharma made a reference to certain portions of her deposition before the court which was not there in her statement recorded before the investigating officer of the CB-CID.

Gupta, the then Additional Superintendent of Police in Faizabad at the time of demolition of the mosque on December 6, 2002, had told the court on April 23 that Faizabad Police had intelligence inputs about the possibility of attack on the masjid by "kar sevaks".

Gupta is appearing as a prosecution witness in the special CBI court in the case in which Advani, his party colleague Murli Manohar Joshi, Uma Bharti and other Sangh Parivar leaders have been accused of inciting violence that led to the demolition.

She had deposed on March 26 that Advani had given a provocative speech in Ayodhya.

"On December 6, 1992, Advani made a spirited speech from Ram Katha Kunj manch (dais), barely 150-200 metres from the disputed site which charged the people. He repeatedly said that the temple would be constructed at the same site," she had said.

She reiterated that Uma Bharti and Ritambhara motivated people to demolish the structure. 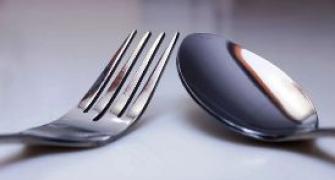