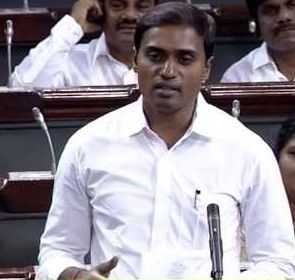 A team of AP Police travelled to Chennai and brought Reddy to Chittoor district and placed him under arrest along with party leader, Madhusudan Reddy, Renigunta Circle Inspector, K Sainath said.

The duo was produced before the magistrate in Srikalathasti in Chittoor and were remanded to judicial custody.

Reddy, who represents Rajampet constituency in Kadapa district, was booked for allegedly slapping a station manager of Air India at Tirupati airport on November 26, 2015, following which a criminal case was registered against him and the airline had sought a report.

The parliamentarian, however, had refuted the charge, saying that there is some ulterior motive behind the entire episode.

A case was registered against Reddy and others under sections 323 (voluntarily causing hurt), 353 (assault or criminal force to deter public servant from discharge of his duty) and 448 (house-trespass) of the Indian Penal Code.

During the course of investigation, police had identified the alleged involvement of 19 persons, including the MP. Out of 19, 16 persons have already been arrested and released on bail.

The MP’s PA had secured an anticipatory bail, while the prime accused, Mithun Reddy and party leader and accused, Madhusudan Reddy were held on Sunday.

The Hyderabad high court had last week declined anticipatory bail to the MP.

As the MP had gone abroad, AP Police had approached the ministry of home affairs for initiating a look out notice against him at all international airports in the country, the CI said.

Meanwhile, Reddy’s supporters were detained by Yerpedu police while they were heading towards Tirupati, adjoining to Srikalathasti, as a preventive measure.