Andhra Pradesh Chief Minister N Kiran Kumar Reddy on Saturday rejected suggestions that his government had been reduced to a minority after the opposition's no-confidence motion yesterday saw 142 members voting against it, two short of the simple majority mark.

"We have proved our majority on the floor of the House on Friday night," the chief minister said, referring to the defeat of the no-confidence motion moved by Telangana Rashtra Samiti. While 142 members voted against the no-trust motion, only 58 supported it.

The main opposition Telugu Desam, with 64 members in the House at the time of voting, stayed "neutral", thereby saving the day for the government.

In a chat with reporters on Saturday afternoon, the CM asserted that his government was not in a minority despite the Congress's strength in the 294-member assembly being reduced to 146, two short of the simple majority mark.

Replying to a question, Kiran said a petition would be submitted to Speaker Nadendla Manohar within 15 days seeking disqualification of nine Congress MLAs who voted in favour of the motion.

The Congress Legislature Party will meet in Hyderabad on the March 20 to discuss the issue, among other things. He also said the Congress would not shy away from facing the by-elections in the event of disqualification of rebel MLAs.

The chief minister indicated that elections to local bodies would be held in the last week of April or first week of May. "It is for the state Election Commission to notify the election dates," he said. 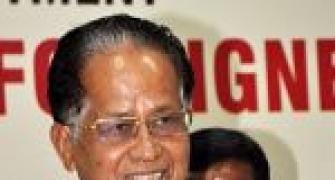 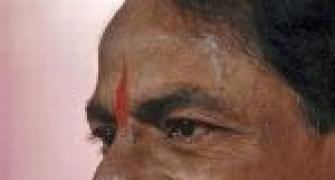 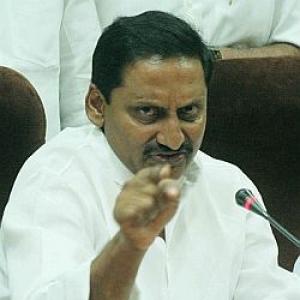 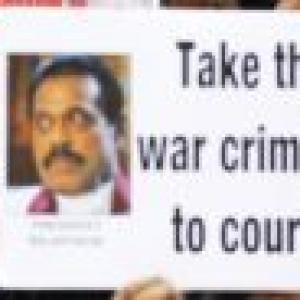