The police on Thursday arrested former Andaman and Nicobar chief secretary Jitendra Narain in a gang rape case filed by a 21-year-old woman against him and others. The victim's lawyer, Phatick Chandra Das, said Narain was arrested after his anticipatory bail application was rejected by a local court.

After the arrest, Narain claimed that he was the victim of a conspiracy.

Soon after the verdict of the district and sessions judge, a team of policemen reached a private resort where Narain is staying and took him to the Police Line amid heavy security.

After his arrest, the police took the senior IAS officer from there to a hospital for a check-up shortly after 7.30 pm.

"I will speak to you, you know, about the false... conspiracy and everything," he told reporters while coming out from the hospital around one and a half hours later.

A special investigation team (SIT) questioned Narain thrice in connection with the case.

The SIT was constituted to probe allegations that the 21-year-old woman in Andaman and Nicobar Islands was lured to the chief secretary's home by promising a government job and then raped by top officials including Narain there.

The Supreme Court had on Monday asked the former chief secretary of the Union territory to move the trial court for anticipatory bail and directed that the matter be decided by November 11.

Seeking anticipatory bail for Narain, his counsel DC Kabir submitted that Narin was cooperating with the investigation and should be granted the relief.

District and sessions judge Subhashis Kumar Kar wondered on what ground he should get it as the pre-arrest bail plea of two other accused in the case were rejected earlier, according to the victim's lawyer Phatick Chandra Das.

The judge was referring to labour commissioner R L Rishi and businessman Sandeep Singh alias Rinku. Rishi was also accused of raping the woman while Singh's name was mentioned in the FIR as an accomplice in the crime.

As Narain was the chief secretary of the islands for a considerable period and ”his power and position cannot be equated with a man of common strata,” the judge said.

”... the need of custodial interrogation of the present petitioner cannot be ruled out for the interest of the proper and impartial investigation,” the order read.

The FIR was registered on October 1 when Narain was posted as the chairman and managing director of the Delhi Financial Corporation. The government suspended him on October 17 with immediate effect.

She also claimed that the chief secretary appointed ”7,800 candidates” in various departments in the administration of the islands ”on the basis of recommendation only” and without any ”formal interview”. 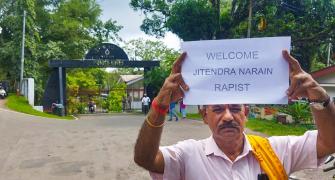 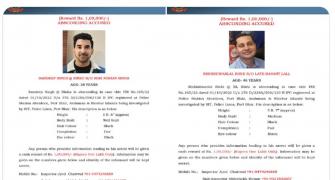