A leak of 11.5 million tax documents has revealed how the rich and powerful use tax havens to hide their wealth. 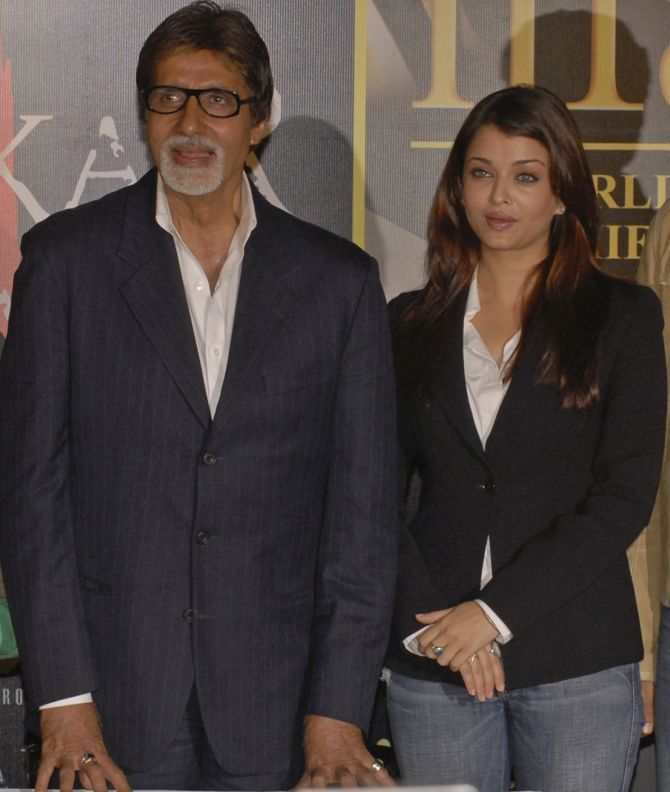 Last year it was the Swiss leaks on black money, and now come the Panama leaks.

Documents were leaked from one of the world’s most secretive companies, Panamanian law firm Mossack Fonseca, and show how the company has allegedly helped clients launder money, dodge sanctions and evade tax. An official for the law firm, Ramon Fonseca, condemned the leaks, calling it a 'crime, a felony'.

Indian Express, which partnered with the International Consortium of Investigative Journalism, a non-profit organisation based in Washington, to unearth the massive data, claimed that while Aishwarya Rai was a shareholder of a firm in the British Virgin Islands, her father-in-law -- superstar Amitabh Bachchan -- was the director of four shipping companies in the Bahamas.

It said Indiabulls owner Sameer Gahlaut acquired “three top London properties” via “entities” in the Bahamas and Jersey, and DLF promoter KP Singh and his family owned firms in the British Virgin Islands.

As per RBI norms, no Indian citizen could float an overseas entity before 2003 -- in 2004, for the first time individuals were allowed to remit funds of up to $25,000 a year under the Liberalised Remittance Scheme, and this limit stands at $250,000 a year now.

However, RBI did not permit them to set up companies abroad. The Mossack Fonseca documents allegedly show companies were set up long before the rules were changed, and the purpose may have been to park foreign exchange in a tax haven.

The report, which is part of an investigation by an international coalition of media outlets into the offshore financial dealings of the rich and famous, is based on a vast trove of documents provided by an anonymous source, and names 500 Indians, including underworld don Iqbal Mirchi.

From the south of India, names like Rajendra Patil, son-in-law of Karnataka Horticulture Minister Shamanur Shivashankarappa, and Mallika Srinivasan, a businesswoman herself and also the wife of Venu Srinivasan, chairman of TVS Motors, have popped up.

The International Consortium of Investigative Journalism said the cache of 11.5 million records detailed the offshore holdings of a dozen present and former world leaders, besides businessmen, criminals, celebrities and sports stars. Political figures from Iceland, Ukraine, Pakistan, Saudi Arabia, Russia and Argentina were named in the reports.

While the Russian president was not directly named in the reports, an entire network was discovered linked to Putin, with up to $2 billion on the money trail surrounding him.

The damning report also outs the sketchy business practices of Iceland’s prime minister Gunlaugsson, who rose to prominence after the country’s financial crisis.

The records also allege Chinese President Xi Jinping and his family have links to offshore accounts. These revelations would be damning for the Chinese president who has been leading a high-profile anti-graft drive in China, targeting the excessive wealth accumulated by Communist Party cadres.

Pakistan Prime Minister Nawaz Sharif is also in the dock as sons and daughter, Hussain and Hasan Nawaz Sharif and Mariam Safdar, are said to have set up at least four offshore companies in the British Virgin Islands.

The leaks don’t only expose shady dealings of businessmen and world leaders but also of sportspersons, including Juan Pedro Damiani, a key member of FIFA’s ethics committee, and soccer superstar Lionel Messi and his father.

The documents also contain 'the names of nearly 20 high-profile soccer players, past and present, representing some of the globe’s best-known professional football clubs, including Barcelona, Manchester United and Real Madrid', as well as 'current or former owners of at least 20 major soccer clubs, including Internazionale Milano and Boca Juniors'.