Union Home Minister Amit Shah will be on a day-long visit to the West Bengal capital Kolkata on Sunday and address a rally to 'clear the confusion' surrounding the amended Citizenship Act, Bharatiya Janata Party sources said on Saturday. He is scheduled to address the rally at the Shaheed Minar Ground, where the state unit of the BJP will felicitate him for the passage of the Citizenship (Amendment) Bill in Parliament, they said.

Shah is also scheduled to inaugurate a new building of the National Security Guards (NSG) at Rajarhat and hold closed-door meetings with state BJP leadership along with Nadda.

He is also likely to visit the famed Kalighat temple in the city during his visit, a source said.

"The Trinamool Congress government has created confusion over the Citizenship (Amendment) Act. Amit Shah ji will clear that confusion.

"It is most likely that he will give a befitting reply to the canards spread by the TMC," a senior state BJP leader said.

He also said that it was necessary to address the issue, especially in Bengal as chaos has been 'deliberately created by the TMC' among the people that the 'National Population Register (NPR) is linked with National Register of Citizens (NRC)'.

The new citizenship law has become the latest flashpoint in the state. The has been TMC opposing the contentious legislation tooth and nail.

Shah along with Nadda will hold a closed-door meeting with BJP party functionaries and finalise the party's strategy for the upcoming municipal poll in the state, he said.

The election to 107 municipalities of the state and the Kolkata Municipal Corporation (KMC) are being billed as "mini assembly elections" ahead of the crucial 2021 assembly poll in West Bengal.

"We will place our report on municipal polls before him and Naddaji," the BJP leader said.

This will be Shah's second visit to West Bengal after assuming the office of Union home minister. He had addressed a seminar on the Citizenship (Amendment) Bill at Netaji Indoor Stadium on October 1 last year.

The opposition Communist Party of India-Marxist has decided to hold demonstrations during the Union home minister's visit.

It will observe a 'Go Back Amit Shah programme' on Sunday to protest against the Centre's 'failure' to contain the communal violence in Delhi, a Left party leader had said on Thursday.

The Kolkata police in coordination with the West Bengal police has put in place elaborate security arrangements on the entire route to be taken by Shah from the airport, an official said.

Protests against the contentious CAA had rocked the city during Prime Minister Narendra Modi's two-day visit in January. 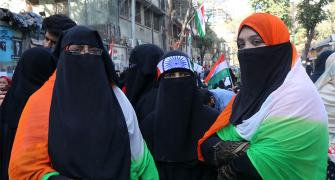 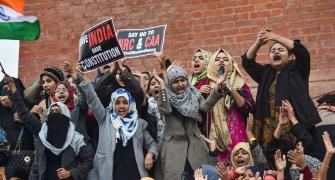