Amid prayers and fear, a crowded Indore-Patna Express chugs out Amid fear and prayers on their lips, the passengers of bi-weekly Indore-Patna Express, its first trip after the derailment tragedy, today embarked on their journey even as the train remained crowded the way it has always been.

“We are a bit frightened in the wake of the massive tragedy but we have to reach our destination anyhow,” said Akhilesh Jha who boarded S-1 coach before scheduled departure of the train for Patna at 2 pm.

In the worst rail accident since 1999, 150 passengers were killed and more than 200 injured, when 14 coaches of the Patna-bound train derailed near Kanpur Rural district early on Sunday due to suspected rail fracture.

At the railway station, an old woman was seen praying with her hands folded before boarding the train.

Underlining the mood, Jha said, “Our prayer to God is we should reach our destination safely.”

Another passenger in the S-1 coach, Raman Jha became philosophical, saying, “Life and death are in hands of God.”

He, however, added that he was not feeling scared though “the responsibility of safety and security of train passengers is that of government and railways.”

Western Railway’s Ratlam division senior Public Relations Officer Jitendra Kumar Jayant said the rush in the train, which runs every Wednesday and Sunday, was the same as it used to be before the mishap.

“There is no drop in number of passengers. The waiting lists for sleeper, II- AC and III-AC compartments were same today as they used to be always. We are operating the train only after ensuring proper checks and maintenance,” he said.

Image: The accident that took place on Sunday is the worst rail accident since 1999. Photograph: PTI Photo 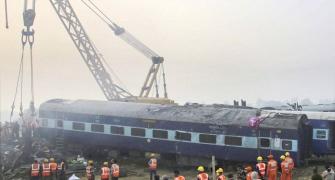 Survivors recount horror while frantic kin search for loved ones 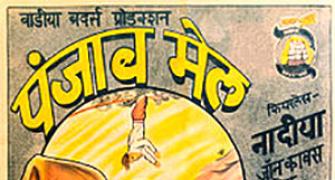