The defence ministry on Monday approved the procurement of arms and military equipment worth Rs 2,290 crore, including around 72,000 Sig Sauer assault rifles from the United States for troops guarding the borders with China and Pakistan, officials said. The proposals were approved at a meeting of the Defence Acquisition Council, the defence ministry's highest decision-making body on procurement of arms and other equipment for the country's armed forces.

Besides clearing the proposal to buy assault rifles, the other significant acquisitions approved by the DAC include procurement of smart anti-airfield weapon (SAAW) systems for the navy and the Indian Air Force at an approximate cost of Rs 970, the officials said.

The cost of procurement of the Sig Sauer assault rifles for the frontline troops of the Indian Army will be Rs 780 crore, officials said.

The army is implementing a mega infantry modernisation programme under which a large number of light machine guns, battle carbines and assault rifles are being purchased to replace its ageing and obsolete weapons.

The world's second largest standing Army has been pushing for fast-tracking the procurement of various weapons systems considering the evolving security challenges along India's borders with Pakistan and China.

Officials said the government is fast-tracking procurement of 72,000 Sig Sauer assault rifles from the US, adding the weapons will be used by troops guarding the borders with China and Pakistan.

The government has accorded priority to the modernisation of the armed forces and the infantry modernisation has been initiated as part of the larger process to further enhance combat capability of the Army.

The officials said the DAC also approved the procurement of Static HF Tans-receiver sets under the buy Indian category at a cost of Rs 540 crore.

The HF radio sets will enable seamless communication for the field units of the army and the air force.

The military equipment are being procured at a time Indian Army is locked in a bitter border row with China in eastern Ladakh. 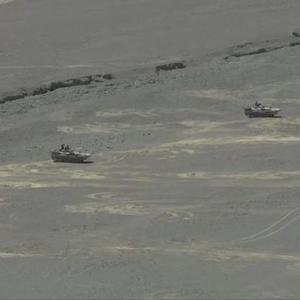