Prime Minister Narendra Modi is unlikely to inaugurate the 3rd Khelo India Youth Games 2020 here on January 10 as Bharatiya Janata Party's Assam unit is yet to receive confirmation about his programme. 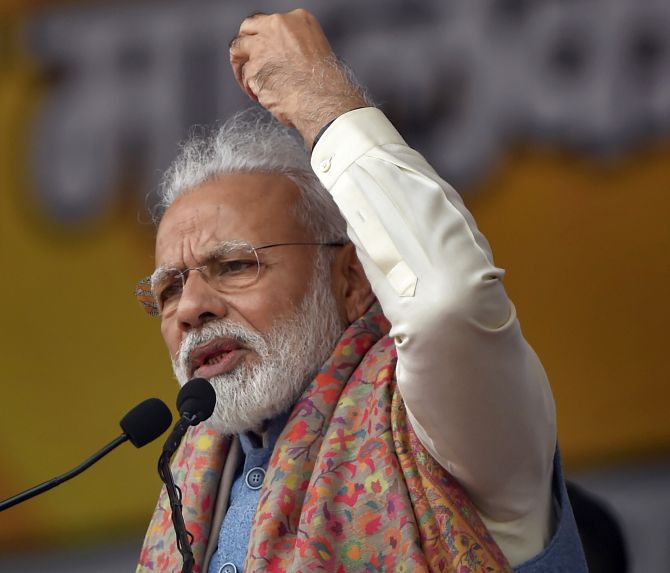 An invitation was sent to the PMO to invite Modi to inaugurate the Khelo India Youth Games but no confirmation on it has been received, BJP state unit spokesman Rupam Goswami said on Wednesday.

"There is no talk about the prime minister coming to Guwahati to inaugurate Khelo India. Sending an invitation to the PM is a formality. We have not received any confirmation from the PMO to our invitation," he said when asked whether Modi has cancelled his visit to Assam, which is witnessing protests against the contentious Citizenship Amendment Act.

Various organisations have threatened to intensify their stir if the prime minister came for the inaugural ceremony.

There is speculation in the media whether Modi would come to Guwahati to inaugurate the Youth Games and had cancelled his visit due to the ongoing protests against the CAA.

Meanwhile, many of the expected 11,000 participants of the Khelo India Youth Games from across the country have started arriving here, officials said.

The Games will continue till January 22.