An American national was killed by members of a protected and reclusive tribe in the Andamans, possibly with arrows, when he tried to enter the North Sentinel Island, police said on Wednesday. 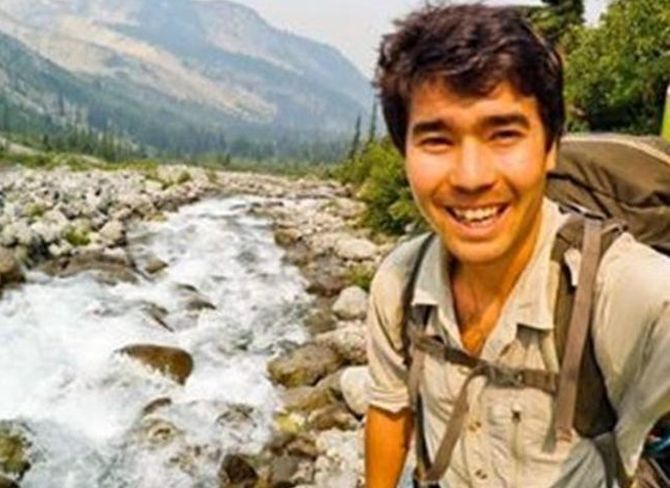 For this, the local fishermen were paid around Rs 25,000 by Chau.

“They started on November 14 around 8 pm for the North Sentinel Island and reached there by midnight. The next day, Chau moved to shore using his kayak which he got towed with the fishing boat. After dropping him the fishermen fixed their timings and place to meet each other between the shoreline and their high sea fishing area.

“In the morning of November 17, they saw a dead person being buried at the shore which from the silhouette of the body, clothing and circumstances appeared to be the body of Chau,” the release said clearly defining the circumstances leading to Chau’s death, almost five days after the incident.

Subsequently, they returned to Port Blair and narrated the incident to Alexander and handed him the 13 pages of the journal written by Chau.

When the US Embassy was reached for a response, its spokesperson said, “We are aware of reports concerning a US citizen in the Andaman and Nicobar Islands. The welfare and safety of US citizens abroad is one of the highest priorities of the US Department of State.”

“When a US citizen is missing, we work closely with local authorities as they carry out their search efforts. Due to privacy considerations, we have no further comment,” the spokesperson said in the email response.

The DGP said that access to North Sentinel Island and its buffer zone is strictly restricted under the Protection of Aboriginal Tribe (Regulation), 1956 and Regulations under Indian Forest Act, 1927.

He said in the release that despite knowing fully well about the illegality of the action and the hostile attitude of the Sentinelese tribesmen to the outsiders, these people collaborated with Chau for this visit to North Sentinel Island without any permission from the authorities.

All the seven people who helped Chau were, therefore, booked and arrested in a case for violating the provisions of the PAT Regulation and causing death of Chau, the release said. A case of murder has also been registered against anonymous persons, it said.

The police are now conducting aerial surveys to identify the place of incidence.

In addition, a committee has been constituted to go into the details of the incident and review the institutional mechanism to prevent unauthorised entry of any foreign national into the prohibited/restricted areas and also to suggest measures to prevent such incidents in future.

The Sentinelese people are among the tribes that survived the tsunami of 2004 without any help from the outside world. For the 2011 Census, enumerators could locate only 15 Sentinelese people -- 12 men and three women. However, their numbers could be anything between 40 and 400, according to experts.

P C Joshi, professor of Department of Anthropology at Delhi University, said the tribe has remained completely isolated from the outside world and despite efforts of the Anthropological Society of India which has tried to contact them indirectly by leaving bananas, coconuts for them, they have failed to make contact.

“We have tried but the tribe has not shown any interest. They are the most private of the tribes in the Andamans. They are aggressive and are known to attack outsiders with arrows and stones. I do not know what made this American visit the island, but this tribe has stayed in isolation for so long that I do not blame them for what they saw as an intrusion and a threat,” said the professor.

In 2006, two Indian fishermen, who had moored their boat near North Sentinel to sleep after poaching in the waters around the island, were killed when their boat broke loose and drifted onto the shore.

In a major step earlier this year, the government excluded this island and 28 others in the Union Territory from the Restricted Area Permit regime till December 31, 2022.

The lifting of RAP meant that foreigners could be allowed to visit these islands without permission from the government.

Joshi said it was a cause of concern that this island, where the Sentinelese have lived for hundreds of years with no outside contact was recently opened for visitors.

“These people are not specimens for tourists to see. They are extremely vulnerable to diseases and any contact might lead to their extinction. We cannot expose them for a few dollars. We need to respect their choice,” said Joshi.

Source: PTI© Copyright 2020 PTI. All rights reserved. Republication or redistribution of PTI content, including by framing or similar means, is expressly prohibited without the prior written consent.
Related News: John Allen Chau, United States, Andaman, North Sentinel Island, RAP
SHARE THIS STORY
Print this article
No rescue for Andamans' rare tribes yet
'The British never acknowledged what they did' 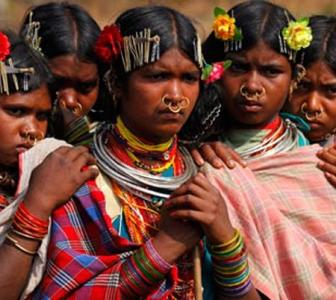