The 39-day Amarnath Yatra concluded on Thursday as the 'Charri Mubarak', the mace of Lord Shiva, reached the 3880-metre high Himalayan cave shrine amidst Vedic chants.

Mahant Deependra Giri, the custodian of the holy mace, accompanied by over 100 'sadhus' reached the shrine with the Charri Mubarak this morning, Shri Amarnath Shrine Board officials said.

Traditional rituals were performed inside the cave, housing the naturally-formed ice lingam, to mark the culmination of this year's edition of the annual yatra that began on June 25.

The holy mace of Lord Shiva arrived after a night halt at Panjtarni.

Religious fervour prevailed in the south Kashmir Himalayas as the Charri Mubarak is taken to the shrine on the day of Shravan  Purnima, which coincides with the festival of Raksha Bandhan.

More than 6.20 lakh pilgrims paid obeisance at the cave shrine during the pilgrimage which witnessed the death of 130 pilgrims due to natural causes and road accidents, prompting the Supreme Court to issue notices to the Centre and state government to explain the lack of medical and other facilities.

While 88 pilgrims died on account of medical reasons, 42 others died due to road accidents.

Governor N N Vohra, who is Chairman of the SASB, and CEO of the Board Navin K Choudhary participated in the special prayers at the cave shrine.

The Governor prayed for sustained peace, harmony, progress and prosperity in the State.

He expressed satisfaction over the smooth conduct of this year's Yatra, despite serious constraints arising from the heavy snowfall in the preceding winter and bad weather for several weeks before the commencement of the pilgrimage.

He, however, expressed serious concern and grief over the loss of life of 88 pilgrims due to medical reasons, during this year's yatra.

Vohra lauded the close coordination which had been maintained between security forces, civil and police administration, all the stakeholders, local population and the Shrine Board in ensuring a smooth and peaceful Yatra.

While directing the CEO to ensure complete cleaning up of all camp sites, he asked him to prepare a camp and route-wise action plan for Yatra 2013, keeping in view the experiences gained this year.

He stressed that route-wise arrangements of all aspects of the yatra must be worked out well in advance with particular focus on medicare, sanitation, cleanliness, water and power supply and other facilities besides ensuring protection of environment and ecology of the Yatra area.

The Charri Mubarak will start return journey for a night halt at Panchtarani later in the evening. From Panchtarani, the holy mace will leave for Pahalgam the next morning.

'Pujan' and 'Visarjan' ceremonies will be performed on the banks of river Lidder in Pahalgam. Thereafter, traditional 'bhandara' will be organised for sadhus. 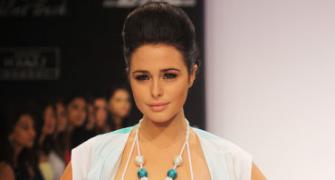 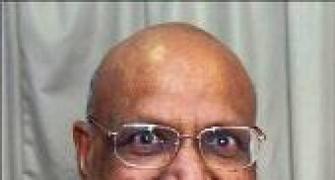