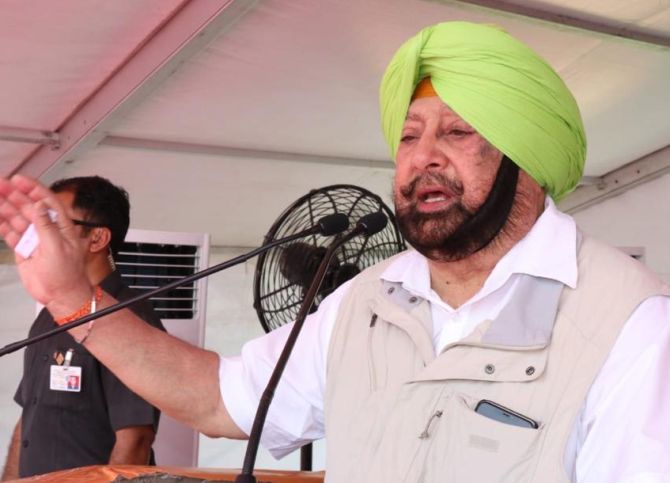 As Punjab minister and Congress leader Navjot Singh Sidhu backed his wife Navjot Kaur Sidhu's claims that she was denied a ticket due to Chief Minister Captain Amarinder Singh, the CM said that Kaur was offered to contest from Amritsar but she refused.

He also said that ticket allocation was done by Congress high command in New Delhi, and 'they had chosen not to accept Navjot Kaur's application for the ticket to contest from Chandigarh'.

'Ticket allocation was done by Congress high command in Delhi, and they had chosen not to accept Navjot Kaur's application for the ticket to contest from Chandigarh.

'Chandigarh seat does not come under Punjab and thus I had no role in the selection of a candidate from there,’ the chief minister said in a statement.

'However, had I been asked, I would frankly tell the high command that Pawan Bansal, the chosen candidate of the party, was a better choice. She had been offered ticket from Amritsar and Bathinda, but she refused the same,' he said.

Responding to this claim by Punjab CM, Navjot Singh Sidhu on Thursday asserted, "My wife has the courage and the moral authority that she would never lie."

Earlier, Navjot Kaur had told ANI, "Captain Sahib (Amarinder Singh) and Asha Kumari think Madam Sidhu does not deserve an MP ticket. I was denied the ticket from Amritsar on the ground that I could not win."

She wanted to contest the Lok Sabha elections from Chandigarh, but she was denied a ticket from the constituency.

Following this, there were reports that Navjot Kaur might contest from Amritsar, the coveted seat from where Amarinder Singh had won against Bharatiya Janata Party's Arun Jaitley in the 2014 general elections.

However, the party fielded sitting lawmaker Gurjit Singh Aujla from there.

Punjab, where 13 parliamentary seats are at stake will go to polls on May 19. 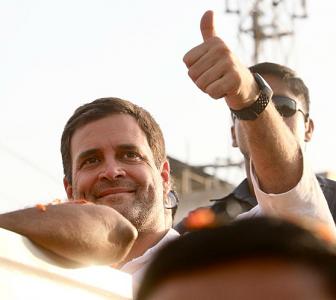 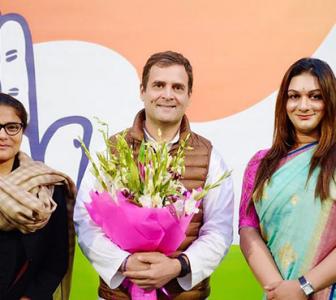