News
Business
Movies
Sports
Cricket
Get Ahead
Money Tips
Shopping
Sign in  |  Create a Rediffmail account
Rediff.com  » News » ALARMING! 10 rapes in the past 48 hours in UP

Four more cases were reported in Uttar Pradesh on Tuesday , taking the number of rapes in the state to 10 in the past 48 hours.

Of the four incidents that came to light early on Tuesday morning, one of the victims was killed by culprits, while another chose to end her life by hanging.

According to a police spokesperson, "17-year old Lalita Kashyap was allegedly raped in Mukhari village of Baghpat district (about 450 km from Lucknow) by the brothers of her close friend Priti with whom she used to go to attend stitching classes."

He said, "While her visit to the friend's home was a routine affair, when she reached there on Monday afternoon, Priti was away; and taking advantage of the situation her two brothers, Sanjay and Rinku, pounced upon her and raped her."

When the girl returned home and the word spread about her rape, the villagers decided to call a panchayat to decide her future. Unable to muster up courage to face the panchayat on such a traumatic issue, Lalita chose to commit suicide by hanging herself from the ceiling of her house, the police said.

By the time the cops got into action, Priti's family, including her mother and the two accused brothers, managed to escape, police said. "A manhunt has been launched to track down the culprits," the police added.

Another case of rape was reported from Khanpur village in Fatehpur district, where 14-year old Arti was allegedly raped and murdered by two young men from the same village on Monday night.

"The victim was apparently gagged and raped before being killed; her body was found in the fields of the village," police said, while confirming the arrest of both culprits.

Besides, two rapes were reported from Hathras, where both the victims were minors. While 9-year old Rekha was allegedly raped by two teenaged boys in Garhi Guddu Khan village under Sikandra Rao police circle, 14-year old Pinki was raped by an 18-year old boy in Dhatra Khurd village.

"Each of the three culprits, Sunil, Lavnesh and Dinesh were charged for rape and have been arrested," Hathras police said. 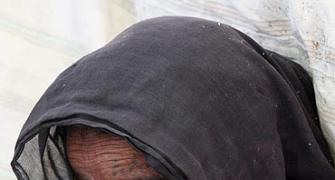 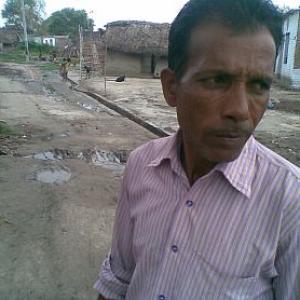 UP girl's death: 'Cops did the unthinkable crime'