The fourth phase of sea trials for the Indigenous Aircraft Carrier was successfully completed on Sunday, July 10, 2022.

During the exercise, most of the equipment and systems on board the aircraft carrier, which is likely to be inducted into the Indian Navy on August 15, 2022, was tested. 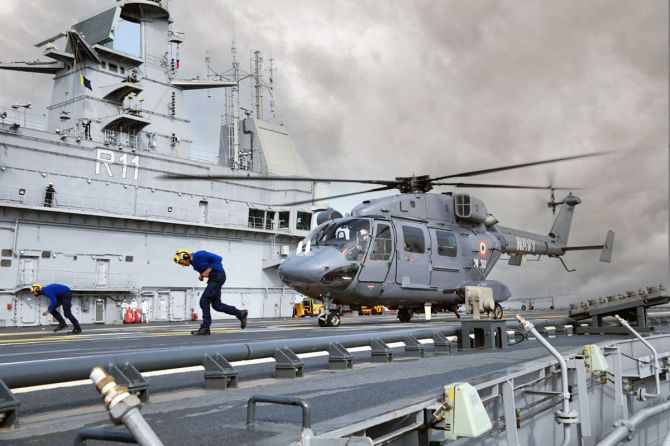 IMAGE: A helicopter takes off from the IAC's flight deck. All Photographs: ANI Photo IMAGE: The IAC's guns are tested. IMAGE: Spray from the Arabian Sea covers a part of the IAC's flight deck. 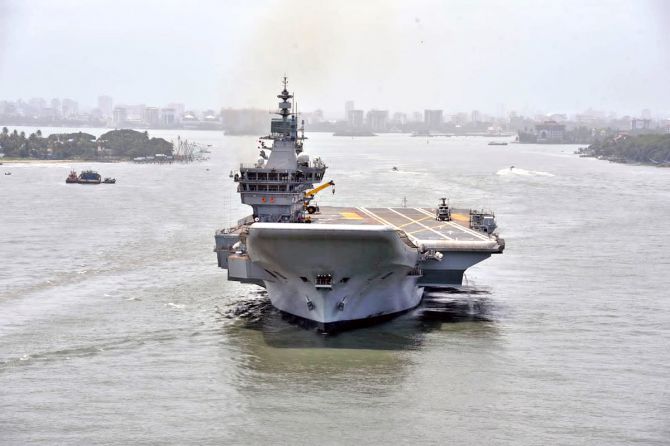 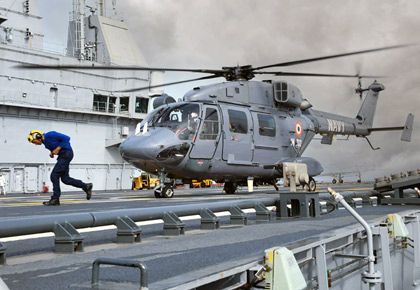