'AIB Knockout': FIR against Karan Johar, Deepika and others 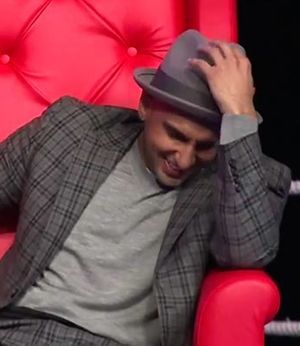 Mumbai Police on Thursday registered an FIR against 14 persons, including Bollywood personalities Karan Johar, Deepika Padukone and Alia Bhat, organisers and participants of the controversial'AIB Knockout' show, a day after a court here ordered such an action.

The FIR also names officials of the National Sports Club of India, Worli, in South Mumbai where the event was held in December last year.

Deputy Commissioner of Police (spokesperson) Dhananjay Kulkarni said "the 14 persons are booked under IPC sections 294 (obscene acts or songs), 509 (word or gestures intended to insult the modesty of a woman), 120 (B) (criminal conspiracy), 34 (acts done by several persons with common intention) and relevant sections of the Environment Act, IT Act and Bombay Police Act."

This is the second FIR in the state against the 'AIB roast' show. Earlier an offence was registered in Pune and the state government ordered an inquiry into the show.

The application seeking registration of FIR was moved by activist Santosh Daundkar who alleged that the participants used "vulgar, obscene and pornographic" language before an audience which had a large number of women."

Additional Magistrate C S Baviskar had on Wednesday said "the complaint be sent to the police station concerned for investigation and report."

Daundkar's lawyer Aabha Singh had said the video of the show was also uploaded online and on social media.

The complaint also objected to the venue being used for entertainment show, in breach of Coastal Regulation Zone rules.

On Monday, the Bombay High Court had directed the government and the I&B Ministry to respond to a petition seeking action against organisers.

The show was a comic 'roast', also called insult comedy, a format borrowed from the US. It attracted over four million views in less than four days on YouTube.