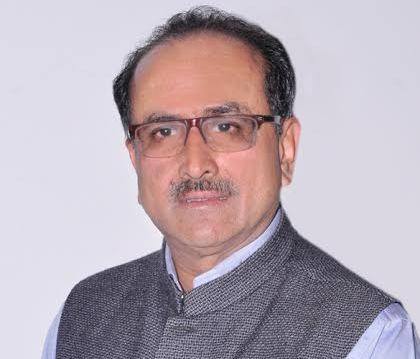 Caught in a row over alleged deboarding of a family to accommodate him on an Air India flight, Jammu and Kashmir Deputy Chief Minister Nirmal Singh on Thursday remained unapologetic, saying he had "not misused" his status and in turn accused the pilot of misbehaving with him.

Singh termed the allegations against him as "media trial" and said the question about deboarding should be asked to the airlines.

He targetted the pilot and other staff of the Leh-Delhi flight of June 24 involved in the controversial development, alleging rude behaviour and complained to Civil Aviation Minister Ashok Gajapathi Raju about it in a letter to him.

"It is media trial. You are doing injustice to democracy. We are targeted because of being politicians. We have not misused our powers. This is wrong perception which is being spread. I am not going to accept it," Singh told media persons on the sidelines of an event in Udhampur.

"We have no authority to de-board anybody. We did not do it. Just ask this question to Air India. We did not know about it," he said.

The controversy erupted after reports that a family of three persons was not allowed on the flight to accommodate Nirmal Singh, along with Union Minister of State for Home Kirren Rijiju and his aide.

Asked whether he would apologise for VVIP 'racism' and incident, the deputy chief minister said "apology should come from Air India. They have also to apologise to me also for the misbehavior of their pilot with me".

On the issue of delay caused to the flight, he said, "I reached well before time and doors of plane had been shut before that by the pilot. Pilot misbehaved with me. It took off later at the right time and reached Delhi 10 minutes before its scheduled time. It was announced by the pilot."

“It is an established norm of the government to accommodate the Ministers flying for immediate meetings," the Jammu and Kashmir deputy CM said.

He also defended Rijiju, saying he was to travel to Delhi due to urgency. "He (Rijiju) was scheduled to fly in a Border Security Force chopper but it could not materialise in view of bad weather," Nirmal Singh said.

"We did not know it then that some people have been de-boarded from the plane but when we boarded the plane, passengers told us about this that such an incident has taken place," he said.

Maintaining that "this has been done by Air India as per rules which we were told," Singh said, "He (Rijiju) is a Union minister. He has to attend the assignments next day. I had to

participate in a programme of smart cities chaired by the prime minister in Delhi. I had no alternative. There was no flight after that and Rijiju also had assignment next day and he is a Z+ protectee and it is a rule."

"Such an incident has taken place even at Yemen.... It is a rule what we have been told," he added.

"But media is making a mountain out of mole hill. The passengers were on LTC. We have not forced them to de-board. It is very wrong report. We reached there. Our seats were vacant and we sat there," he said.

He said, “But passengers told us and whatever has happened should be inquired and those who are responsible action should be taken against them. I have personally made a complaint in this regard and I would that Air India should take action for the mistake and should punish them, particularly pilot who misbehaved with me"

In his letter to Raju, he said, "Through this communication I am lodging the official complaint against all those officers and officials including Saran, the pilot on that flight who not only bring disrepute to the national air carrier but also cause anguish to the people of Ladakh, J&K, whom I represent as deputy chief minister. Appropriately, effective action be taken up." 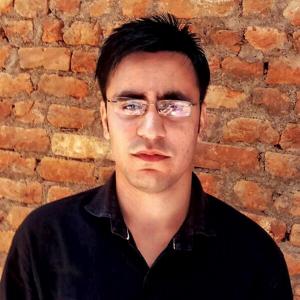