Two more MLAs of the Congress-Dravid aMunnetra Kazhagam alliance in Puducherry resigned on Sunday, delivering yet another jolt to chief minister V Narayanasamy, a day before he is scheduled to face a floor test in the assembly to prove his majority. 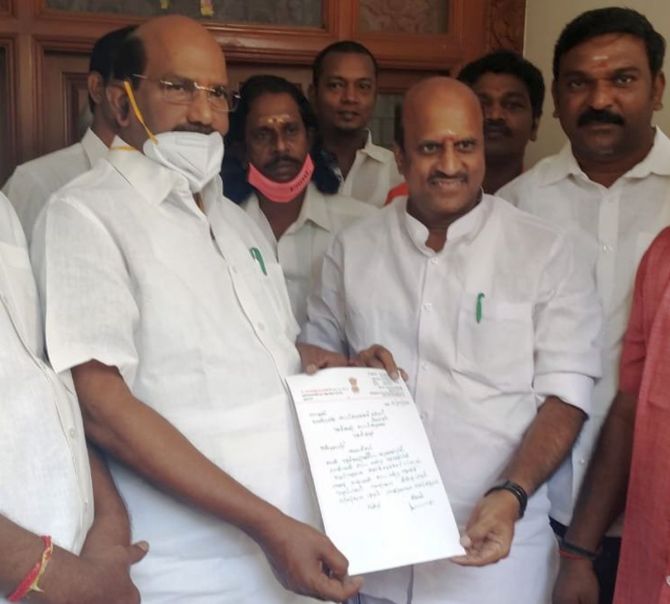 The resignation by Congress MLA K Lakshminarayanan and DMK legislator Venkatesan further reduced the strength of the ruling alliance to 11, while the opposition has 14 MLAs in the 33-member assembly, which has seven vacancies.

Lakshminarayanan and Venkatesan submitted their resignation letters separately to assembly speaker V P Sivakolundhu at his residence here, the both said.

Speaking to reporters, Lakshminarayanan said, "this government led by Narayanasamy has lost majority."

He said he has also resigned from the party membership.

Later, Venkatesan told the media that he had quit the post of MLA only and continued to be in the DMK.

"... I was not able to meet the needs of the people in my constituency since there was no allocation of funds under the MLA Local Area Development fund," he said.

Four Congress MLAs--including ex-ministers A Namassivayam (now in BJP) and Malladi Krishna Rao had quit, while another party legislator was earlier disqualified.

Narayanasamy's confidante A John Kumar had resigned this week.

Telangana Governor Tamilisai Soundararajan, handed over additional charge of Puducherry, had on Thursday directed Narayanasamy to prove majority by ordering a floor test on February 22.

The resignation of two MLAs' comes on a day when the ruling party members are slated to meet under the CM to discuss the future course of action, though similar discussions on February 18 yielded no results. 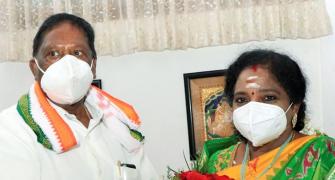 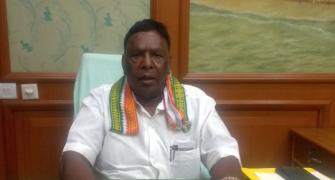