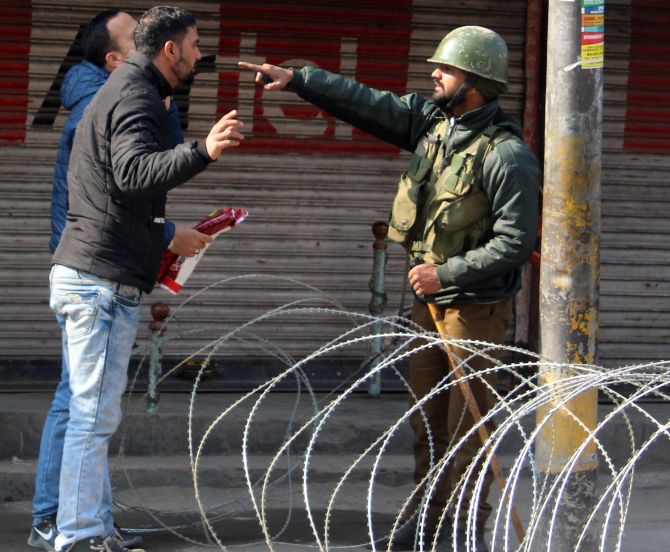 The mobile internet services were suspended early in the morning as the authorities apprehended violence in the valley in view of the bandh call given by separatist outfits, the officials said.

The authorities had restored 2G internet services in Kashmir on January 25, more than five months after snapping all communication facilities in the valley following abrogation of Article 370 on August 5 last year.

Police on Saturday lodged an FIR against the banned Jammu Kashmir Liberation Front for calling a strike on Afzal Guru's death anniversary.

Guru was hanged in 2013 inside Tihar jail for his role in the Parliament attack in December 2001.

Two journalists were summoned by police for reporting the JKLF press release, which had called for strike on Sunday and Tuesday -- the death anniversary of the outfit founder Mohammad Maqbool Bhat.

They were let off after five hours of questioning. Bhat was hanged in 1984 and is buried inside Tihar jail.

Meanwhile, normal life in Kashmir was affected due to the strike, the officials said.

Markets and business establishments remained closed, while public transport was largely off the roads, they said.

There have been no reports of any untoward incident from anywhere in the valley so far, the officials added.

How Afzal Guru spent the last few years of his life