Salman Rushdie, one of the world's best-known novelists, was stabbed on stage before his scheduled speech at the Chautauqua Institution in Chautauqua, New York state, August 12, 2022. IMAGE: A view of the Chautauqua Institution where Rushdie -- the Bombay-born novelist against whom the Iranian regime issued a fatwa in February 1989 for his novel The Satanic Verses -- was attacked. Photograph: Lindsay DeDario/Reuters IMAGE: Police officers stand guard at the Chautauqua Institution.
A New York state trooper, who was on duty at the venue, apprehended Hadi Matar, the 24-year-old assailant, before he could inflict further damage on Rushdie, who turned 75 on June 19. Photograph: Lindsay DeDario/Reuters 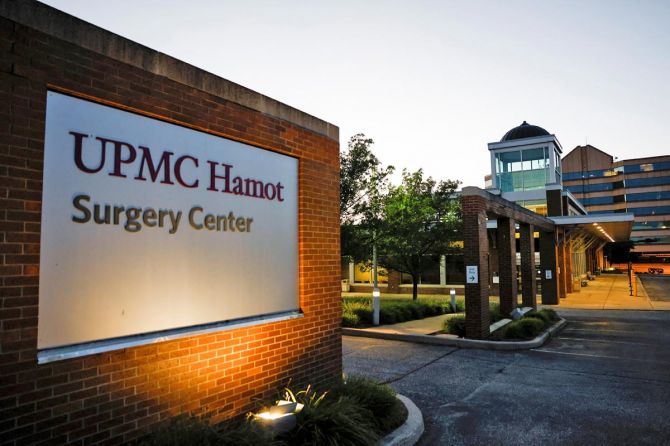 IMAGE: The UPMC Hamot Surgery Center in Erie, Pennsylvania, where Rushdie underwent surgery. The legendary novelist, it is feared, may lose an eye; he also suffered damage to his liver. Photograph: Quinn Glabicki/Reuters 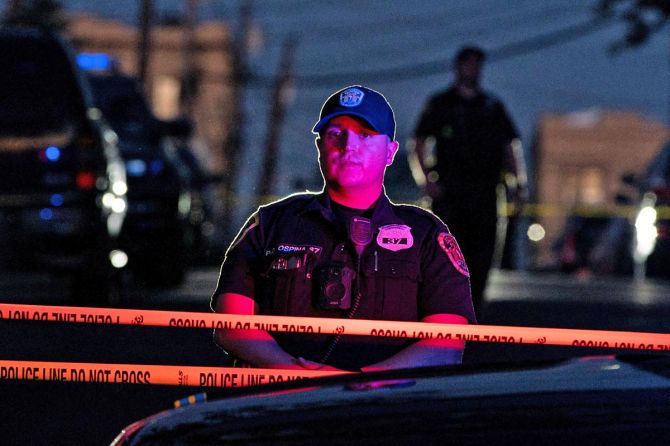 IMAGE: A plain-clothed police officer stands at the entrance of the building. Photograph: Eduardo Munoz/Reuters