'There are hundreds of people outside my home waiting to see me.'
'They want to be reassured that I am all right.'
'Many of them are crying.' 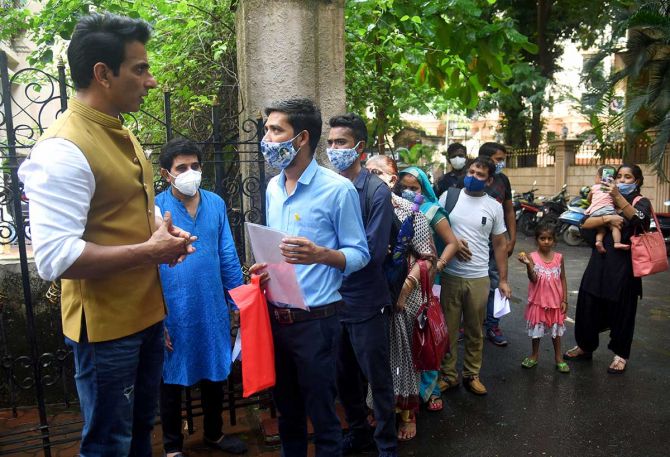 When Subhash K Jha asked Sonu Sood how he was doing after the income-tax raids, he replied, "Zabardast, ekdum on top of the world."

"The raids continued for four days. Now it's over. At least, for now. I have absolutely nothing to hide," the actor says.

"Most important of all, my well-wishers and supporters are with me. After I re-surfaced on the Internet and phone after four days there were 53,000 e-mails and 800,000 messages. Not one of them said, 'Serves you right'. They were all hugely concerned for my well-being," he adds.

"In fact, I've come out stronger than before and determined to continue doing all that I can for those who need my help."

But it must have been traumatic for Sonu and his family?

"Chalta hai, Sir. It's all part of the system. They were doing their job, as I was doing mine."

"Eventually, we all have our karma to be unanswerable to. If I've done wrong I will be punished."

I suggested a brief holiday before Sonu returns to his philanthropic work.

"Where is the breathing space, let alone a break, Sir?"

"In the four days that I was unavailable, hundreds of urgent requests have piled up. I have to attend to them immediately. My work has to continue."

"Main rahun na rahun maine jo kaam shuroo kiya woh chalta rahe (Regardless of whether I exist or not, the work has to go on)".

"It is important for the work among the needy that I started to continue even when I'm not there."

Says Sonu emotionally, "Even as I speak to you, there are hundreds of people outside my home waiting to see me. They want to be reassured that I am all right. Many of them are crying."

"So now you know why I said I was feeling on top of the world when you asked me if I was all right." 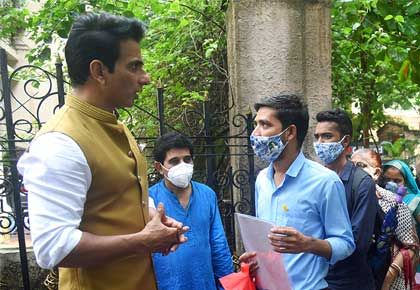