With 13 accomplished missions, including launching of 50 foreign satellites, to an unsuccessful Chandrayaan-2 in 2019, the Indian Space Research Organisation has resolved to alight its lander on the lunar surface with Chandrayaan-3 in addition to a maiden solar expedition in 2020. 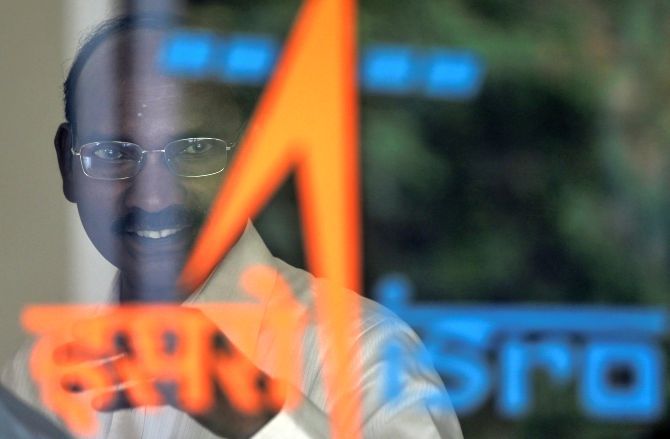 In the year gone by, ISRO had six launch vehicle missions and seven satellite missions, which included 50 foreign satellites from seven countries.

But what grabbed global attention and gravitated people's interest towards space was Chandrayaan-2.

Planned to land on the South Pole of the moon, Chandrayaan-2 was launched on July 22. However, the spacecraft -- Vikram -- hard-landed on September 7, crashing India's dream to become the first nation to successfully land on the lunar surface in its maiden attempt.

Even Prime Minister Narendra Modi was at the ISRO headquarters to witness the historic moment. President Ram Nath Kovind too had gone to Sriharikota to see the first attempted launch of the mission on July 15 which was called off due to a technical snag.

The mission evoked global interest, and at the country-level transcended the boundaries of region and religion by bringing people together in hoping for its success especially during the nail-biting launch and landing.

Prior to Vikram's landing, ISRO Chairman K Sivan had described the final descent as "15 minutes of terror", which proved to be right as the lander lost all contact with the control room and hard-landed.

ISRO has said the mission achieved 98 per cent success as the orbiter continues to share data with the ground station.

According to Jitendra Singh, Chandrayaan-2 mission cannot be called a failure as ISRO has learnt a lot from it.

"There is no country in the world that has landed on its first attempt and even the US took several attempts. But we will not need so many attempts.

"The lander and rover mission will mostly likely happen in 2020," he asserted.

Work on Chandrayaan-3 was going on smoothly, according to Sivan though he said the launch may shift to next year.

In 2020, India will also launch its maiden solar mission Aditya-L1 to study the Sun's corona.

Gaganyaan, India's Human Space Mission which aims to send Indians to space by 2022, is another vital programme planned by the ISRO.
The programme envisages demonstrating human space flight capability with three crew members for 5-7 days in Low Earth Orbit and safely recover them after the mission.

The overall configuration of GSLV-MK III, crew escape system, crew module and service module for Gaganyaan have been finalised, an ISRO official said, adding that the work for short-listing crew members is underway.

The crew members will be test pilots from the Indian Air Force.

In 2020, ISRO also plans to carry out an unmanned test flight.

Among the major satellites launched by ISRO are Microsat-R and Kalamsat-V2 in January, a communication satellite launched from Kourou, French Guiana, and RISAT-2B, a radar imaging earth observation satellite.

The year gone by also saw the Department of Space establishing its second public sector undertaking NewSpace India Ltd – the other being Antrix Ltd.

The new venture has been formed to productionise space systems and exploit the commercial opportunities emanating from the Indian space programme like the Small Satellite Launch Vehicle.

The ISRO, in 2019, also commissioned second vehicle assembly at Sriharikota that will enable it to launch more satellites.

It has also established Regional Academic Centre for Space at NIT-Kurukshetra to develop academic-industry ecosystem for space technology.

Another notable development of 2019 was technology transfer of Li-on cells to Indian industries.

Prashant Rangnekar
Source: PTI© Copyright 2021 PTI. All rights reserved. Republication or redistribution of PTI content, including by framing or similar means, is expressly prohibited without the prior written consent.
SHARE THIS STORY
Print this article 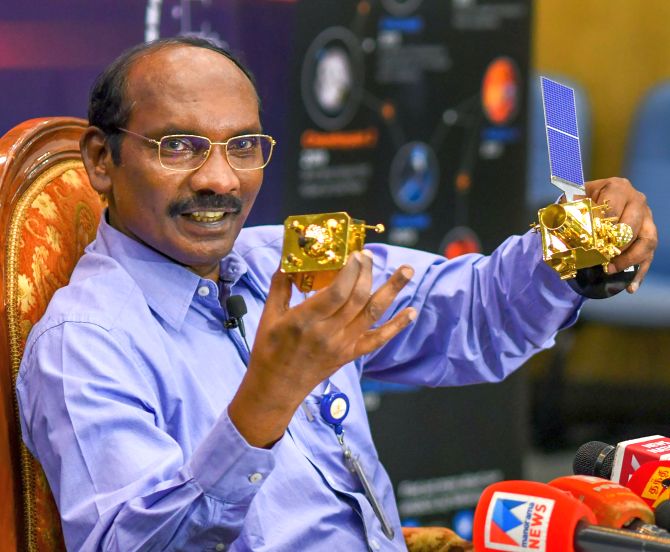 Training of 4 IAF pilots to begin for Gaganyaan: ISRO