News
Business
Movies
Sports
Cricket
Get Ahead
Money Tips
Shopping
Sign in  |  Create a Rediffmail account
Rediff.com  » News » Pakistan vows to respond 'at the time and place of its choosing' 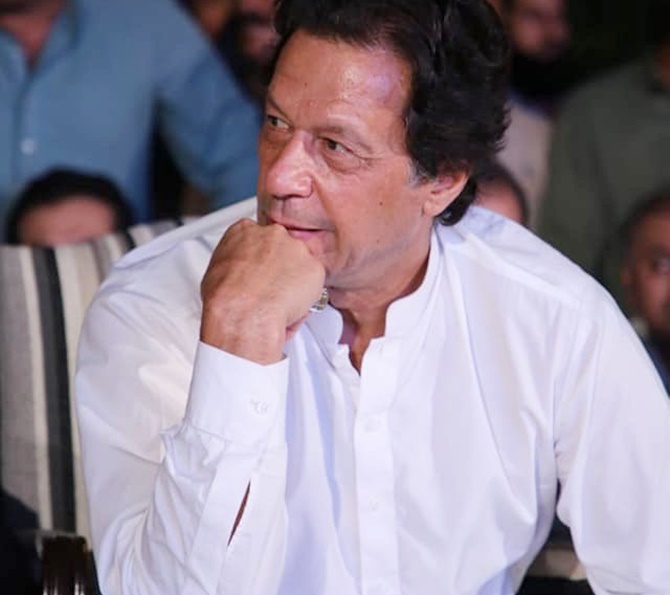 Pakistan on Tuesday strongly rejected India’s claim of targeting terrorist camp in the country and causing heavy casualties even as it vowed to respond “at the time and place of its choosing” and raise the issue at the United Nations and other international forums.

At a hurriedly called special meeting of the National Security Committee hours after India’s air strikes inside Pakistan, Pakistani Prime Minister Imran Khan asked the armed forces and the people of his country to remain prepared for “all eventualities.”

The air strikes came 12 days after the JeM carried out a suicide attack in Jammu and Kashmir’s Pulwama district that killed 40 Central Reserve Police Force soldiers.

“The forum (NSC) strongly rejected Indian claim of targeting an alleged terrorist camp near Balakot and the claim of heavy casualties. Once again Indian government has resorted to a self-serving, reckless and fictitious claim,” said a statement issued after the NSC meeting in Islamabad.

It also invited the world media to see the facts on ground and proposed a visit to the site.

Citing sources, Geo TV reported that Pakistan will raise the issue of India’s “violation” of the LoC at the United Nations, the Organisation of Islamic Cooperation and other international forums. The decision was taken at the NSC meeting chaired by Prime Minister Khan.

The NSC statement claimed that India’s “action has been done for domestic consumption being in election environment, putting regional peace and stability at grave risk.”

The government has decided to requisition a joint session of the Parliament on Wednesday.

The Foreign Office summoned India’s acting high commissioner and condemned the “violation of its territorial sovereignty” by Indian jets.
Meanwhile, the Pakistan army confirmed that Indian jets dropped “four bombs” during an operation on Tuesday but downplayed its significance, saying the Indian attack was repulsed and while going back the aircraft “jettisoned their payload.”

Army spokesman Maj Gen Asif Ghafoor also said that Pakistan will “surprise” India with its response that will be in all domains including “diplomatic, political and military.”

“We will surprise you and wait for the surprise. (Our) response will come and it will be different.

“Our response will be in all domains including diplomatic, political and military,” the general added.

He claimed that the Indian planes were in Pakistan’s airspace for “just 4 minutes” and went back when challenged by the Pakistani aircraft.

Ghafoor said that Indian jets first tried to enter Lahore-Sialkot sector, while another formation of jets came close to Okara-Bahawalpur area of international border but found Pakistan air force ready and went back.

“Then a third formation was picked in Muzaffarabad sector which was heavier...It was repulsed, but while going back they jettisoned their payload and four bombs fell in Jabba, near the town of Balakot, causing no casualties or damage,” he said.

Addressing a joint press conference with the ministers of defence and finance, Foreign Minister Shah Mahmood Qureshi asserted that Pakistan will “respond to the Indian aggression.”

Responding to questions, Qureshi claimed that “multi-dimensional intrusion” was attempted by the Indian jets. “But the intervention by Pakistani jets forced them to return back within minutes.”

He dismissed the notion that Pakistan Air Force jets were late in responding to the Indian attack, saying PAF jets were “ready” and “air-borne.”

Flanked by Defence Minister Pervaiz Khattack and Finance Minister Asad Umar, Qureshi dismissed Indian claim of destroying terror camps of banned JeM in Balakot. “There was no presence of any such camp(s),” he asserted.

“Do not underestimate us. We have our own sense of timing and we will act and react. Pakistan will do what Pakistan should do,” he said and added “we will not disappoint the people of Pakistan.”

He also said that he has spoken to the foreign minister of the UAE and expressed Pakistan’s reservations for inviting Indian foreign minister as chief of guest in the OIC meeting scheduled early next month.

When a journalist asked Qureshi to tell as why a “well-prepared Pakistan Air Force could not hit a single intruding Indian aircraft”, Qureshi chided him, “you are a Pakistani and respect the ability of the Pakistan Air Force. Escalation was not our purpose.”

When another journalist asked him to comment on India’s claim that the JeM camps were destroyed by the Indian jets, Queshi taunted saying “you shouldn’t put such questions.” 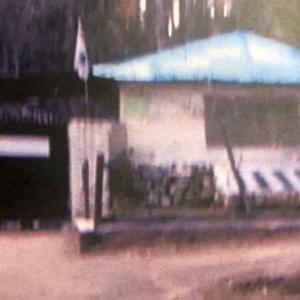 IAF air strike in Pakistan killed up to 350 terrorists: Sources