After a day of violence, curfew remains imposed in Kashmir Curfew was on Thursday extended to Pulwama district while it remained in force in some areas of Srinagar and Anantnag town, while restrictions on the assembly of people in the rest of the Valley continued for the 48th consecutive day in the wake of violence following killing of Hizbul Mujahideen commander Burhan Wani.

Curfew is in force in five police station areas of downtown city and Batamaloo and Maisuma areas in uptown, a police official said.

In south Kashmir, curfew was imposed in Pulwama district while it continued in Anantnag town as well on Thursday to maintain law and order.

Curfew was imposed in Pulwama in view of killing of a youth in security forces action in the district on Wednesday during clashes.

The authorities on Tuesday had lifted curfew from most areas of Srinagar -- the summer capital of Jammu and Kashmir -- in view of the improving situation.

The lifting of the curbs allowed movement of people in the city as there was increased traffic of private cars and auto-rickshaws in and around Lal Chowk city centre over the past two days.

However, the official said, restrictions on the assembly of four or more people under Section 144 Crpc will continue to remain imposed in the rest of the Valley to maintain law and order.

The attendance in government offices and banks was also affected, the official said.

The separatist camp, which is spearheading the agitation in the Valley over the civilian killings during the protests against Wani’s killing, have extended the strike call in the Valley till September 1.

As many as 66 persons, including two cops, have been killed and several thousand others injured in the clashes that began on July 9, a day after Wani was killed in an encounter with security forces in Kokernag area of south Kashmir’s Anantnag district. 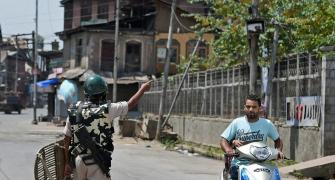 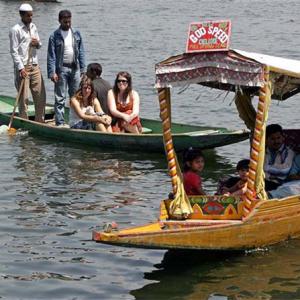