The nine-day-long Brihanmumbai Electric Supply and Transport bus strike was called off on Wednesday, bringing relief to lakhs of Mumbai commuters. The BEST buses began plying on the roads soon after the announcement of the strike being called off in the afternoon.

During a hearing on a PIL on the strike at the Bombay high court earlier in the day, the BEST Workers' Union agreed to withdraw the stir after accepting the '10-step' increment offered by the management of the civic-run BEST undertaking as an interim measure.

Union leader Shashank Rao later addressed agitating workers and their families at Wadala Depot of the BEST and announced withdrawal of the strike.

"We accepted the 10-step gradation pay hike before the court and agreed to resolve remaining issues through a mediator," Rao said.

Rao earlier met other senior union leaders and got their consent to call off the strike, which began on January 8.

The strike, which caused inconvenience to about 25 lakh bus commuters, was the longest-ever in the BEST's history.

Around 32,000 BEST workers were on strike for various demands, including pay hike, revision of the pay scale of junior-level employees and merger of loss-making BEST's budget with that of the Brihanmumbai Municipal Corporation so that the cash-rich civic body could shore up the BEST's finances.

A state appointed high-powered committee earlier this week suggested that the BEST employees' salary be hiked in '10 steps' as an interim measure. BEST Workers' Union's counsel Neeta Karnik said Wednesday that this was acceptable to the employees, but they wanted an independent mediator to resolve the issues.

The union and the BEST management agreed on retired high court justice F I Rebello as the mediator.

A division bench of Chief Justice N H Patil and Justice N M Jamdar said in the order that the mediator will discuss demands of the employees within three months.

The court also noted that ‘the situation should not have been brought to this extent’ and the BEST and BMC ‘should show more consideration towards the BEST workers’.

"It is not easy for families to survive with low salaries," Chief Justice Patil said.

As per the BMC's previous submissions, a 'one-step' increase in pay amounts to around Rs 330 per month.

The state government last week invoked the Maharashtra Essential Services Maintenance Act against the employees. It had also asked them to vacate houses given by the undertaking.

Union leader Rao said while addressing the workers that as per the assurance given by the management, no penal action will be taken against those who took part in the strike.

The BEST has a fleet of over 3,200 buses which criss-cross the metropolis and also operate in the neighbouring Thane district and Navi Mumbai.

It is the second-biggest mode of transport in Mumbai after local trains which ferry over 80 lakh passengers daily.

A BEST spokesperson said in the evening that by 6 pm, 814 buses were running on the roads as employees resumed their duties. The loss caused by the strike was likely to be to the tune of crores of rupees, he said.

"Uddhav-ji said they (the BMC and BEST) don't have money (for pay hike) and where do they get it from, how frequently they should help BEST. But now BEST (workers) would decide what help (political support) they can offer to him," Rao said.

The BEST Kamgar Sena, the Sena-affiliated union, had withdrawn from the strike soon after it started and claimed that its 11,000 members will report back to the work.

However, hardly any buses plied on the roads even after that.

‘Congratulations BEST Employees! I am happy that the fight of Shashank Rao and all the BEST employees and their families have borne fruit...I am very proud of you that you have fought against the nonsense of wet-leasing (of buses) by BMC Commissioner Ajoy Mehta,’ she tweeted.

"The nine-day-long strike is a wake-up call for all the stakeholders of mass transport, be it BEST employees, BMC, state government or the common public, everyone need to prompt and safeguard this mean of transport, which has not been given its due pie.

"Moreover, me must note that commercialisation of BEST properties is surely not a way to benefit this undertaking, except builders," Date said. 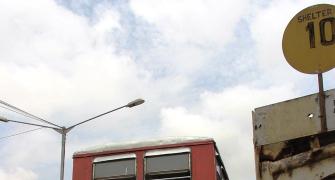 PHOTOS: Mumbai from the upper deck of a BEST bus 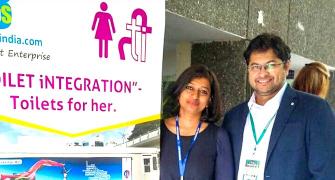 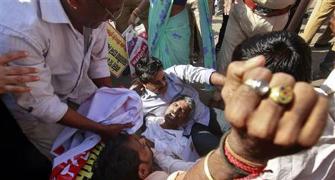