Three Indian engineers held by the Taliban in Afghanistan since May 2018 have been freed by the terrorist group in exchange for 11 of its top members from Afghan jails, according to media reports on Monday, amidst fresh efforts to revive the Afghan peace talks. 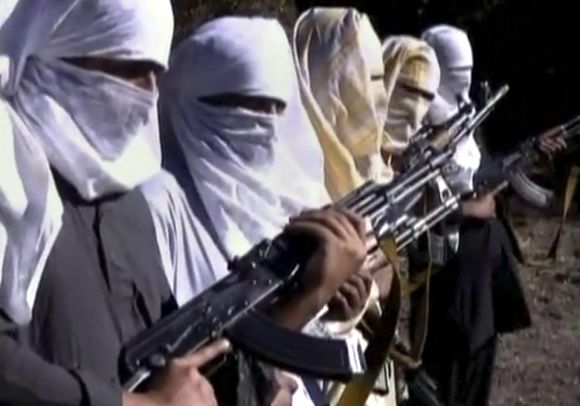 Two Taliban officials told Radio Free Europe/Radio Liberty on Sunday that the swap took place earlier in the day, but they did not disclose the location.

The officials spoke on condition of anonymity, citing what they described as the sensitive nature of the issue.

Seven Indian engineers and their Afghan driver were abducted in the first week of May, 2018 in the Bagh-e-Shamal area of northern Baghlan Province where they were working on an electricity sub-station.

The Indians were working for KEC, a global infrastructure engineering, procurement and construction company of RPG Enterprises.

No group has claimed responsibility for their abduction. One of the seven Indian hostages was released in March.

The Taliban officials refused to say whether the freed Taliban members were being held by Afghan authorities or US forces in Afghanistan.

The Taliban were reportedly released from one of Afghanistan's largest jails at the Bagram military base, north of the capital, Kabul, the Associated Press reported.

While the US troops years ago handed over the sprawling base to Afghan security forces, it still maintains a military presence at Bagram. It was not clear whether the US or Afghan forces released the Taliban.

Both Afghanistan's defence ministry and the president's office declined to comment on the developments, the report said.

The identities of the released hostages were not disclosed by the militant group, The Express Tribune newspaper quoted the report by Radio Free Europe/Radio Liberty as saying.

The officials said the freed Taliban leaders include Sheikh Abdur Rahim and Mawlawi Abdur Rashid, who had served as the insurgent group's governors of Kunar and Nimroz provinces respectively during the Taliban administration before it was deposed by the US-led forces in 2001.

A member of the powerful Haqqani family was also among the 11 militant leaders released, the BBC Pashto service reported.

The Taliban officials provided a photo and footage of what they said was the freed militants being greeted after their release.

There was no immediate comment from Afghan or Indian authorities, the report said.

Baradar was in Pakistan along with a 12-member Taliban delegation since Wednesday on the invitation of the Pakistan government.

The Taliban delegation also called on Foreign Minister Shah Mahmood Qureshi and exchanged views on peace and stability in the South Asian region and bilateral relations in their meeting.

Since his appointment in September last year, Afghanistan-born US envoy Khalilzad has met with all sides in an attempt to end America's longest war in which the US has lost over 2,400 soldiers in more than 17 years.

The US and the Taliban had agreed on draft peace plan, but the process was suspend by US President Donald Trump following killing of an American soldier in Kabul last month in a suicide attack claimed by the Taliban.

Trump stunned the world last month when he suddenly declared that the Afghan peace talks with the Taliban were ‘dead’.

He cancelled a secret meeting with the Taliban and Afghan President Ashraf Ghani at Camp David near Washington after the Taliban claimed responsibility for the attack in Kabul, in which an American soldier was among the dead.

The US has continued to push for a ceasefire in the war-torn country and the opening of negotiations between the Taliban and the Kabul government.

The Taliban, however, have repeatedly refused to meet with officials of the Afghan government, whom they dismiss as ‘puppets’.

Source: PTI© Copyright 2022 PTI. All rights reserved. Republication or redistribution of PTI content, including by framing or similar means, is expressly prohibited without the prior written consent.
Related News: Taliban, Mawlawi Abdur Rashid, US, The Express Tribune, Abdur Rahim
Print this article