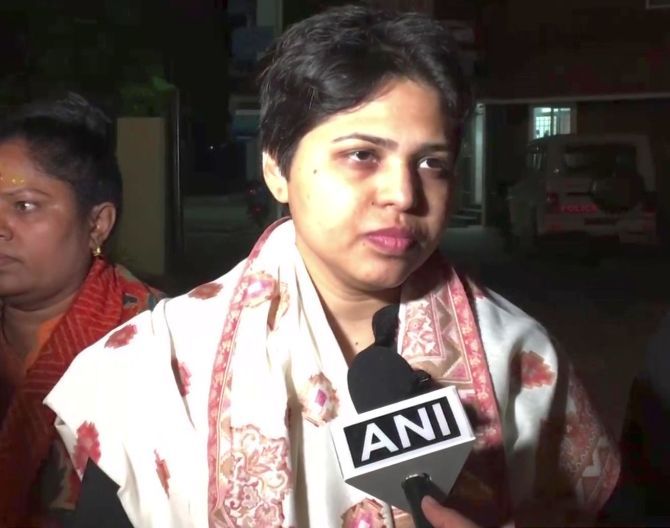 Desai and a few other activists who landed at the Kochi International Airport early Tuesday have been taken to Kochi city police commissionerate.

She said they preferred November 26 to visit the shrine as it was the Constitution Day.

"Today is the Constitution Day and on this day, we will go to Sabarimala temple as it is our right," Desai said.

"No one can stop us whether it is local police or government because if they stop us then it is a contempt of court. Even if they want to stop us then they should give that in writing to us that we cannot go inside the shrine," she said.

The activist said, "They ask to us bring the court's order if you want to enter the shrine. Well, I say to them to show us the order that says we are not allowed to enter the temple. This is an attempt to diminish the voice of women. We have come from different states and we will not go back till we enter the Sabarimala temple."

On being asked if she had asked for her security and protection from the government, Desai said, "I have written to the prime minister, the Union home minister, the Kerala chief minister and the DGP demanding security. Whether we get that or not we will visit the temple today."