Maharashtra Chief Minister Uddhav Thackeray has written a letter to the Centre, saying the number of active caseload of COVID-19 in the state is expected to double in the next 15 days. IMAGE: People push trolleys loaded with grocery items as others wait to enter a supermarket amidst the spread of the coronavirus in Mumbai. Photograph: Niharika Kulkarni/Reuters

Maharashtra is expecting its active caseload to reach 11.9 lakh by April 30, compared to the current active caseload of 5.64 lakh, Thackeray said on Wednesday in the letter addressed to Prime Minister Narendra Modi.

He also said the medical oxygen requirement in the state is projected to reach 2,000 metric tonnes per day by April-end from the present consumption of 1,200 MT per day.

Citing logistical hurdles in the transportation of liquid medical oxygen from neighbouring states, Thackeray also sought permission under the National Disaster Management Act to airlift oxygen from steel plants in eastern and southern parts of the country.

Medical-grade oxygen is used for the treatment of critical COVID-19 patients and in other cases of respiratory diseases.

Maharashtra has approached neighbouring states for medical oxygen supply amid the COVID-19 surge, but they have expressed their inability due to its high demand there, Health Minister Rajesh Tope said on Wednesday.

Thackeray on Tuesday said there is a shortage of medical oxygen and the Centre should help supply it for coronavirus patients in the state by using Air Force planes.

In his letter to Modi, the CM welcomed the Centre's decision to ban the export of Remdesivir and demanded that authorities grant compulsory license, as per the section 92 of the Indian Patents Act 1970, to facilitate approval to the exporting units to produce and sell the key anti-viral drug in the domestic market without any legal hurdle.

He also asked the Centre to consider the COVID-19 pandemic as a natural calamity, so that the Maharashtra government can use the State Disaster Response Fund to provide financial assistance to the affected people.

All State Disaster Management Acts have been formed as part of the central disaster management law; hence the state needs the Union government's permission to use the SDRF for helping the pandemic-hit people, a government official said.

As of now, flood, lightning incidents, heavy rainfall where there is loss of property or livelihood fall under the category of natural calamity and monetary compensation is provided to the affected people.

“The chief minister wants to use the SDRF for the similar purpose as the coronavirus outbreak has affected the earnings of thousands of people in the state. We need a legal provision to do so, hence the state government has written to the Centre," the official said.

Thackeray also said that notifying the pandemic as natural calamity would allow the state to pay a gratuitous relief of Rs 100 per adult per day and Rs 60 per child per day during the period of the lockdown to those registered under the Antyodaya Anna Yojana and Priority Household ration card holders.

He also said the first installment of the central share of the SDRF may be released to the state to tide over the financial situation arising out of the COVID-19 pandemic.

The chief minister also demanded that the Centre ask banks to postpone the repayment of loan instalments of small, medium and other business enterprises due in the first quarter of the current fiscal, without charging any interest over it.

In view of an alarming rise in cases, the state government has announced stricter measures for 15-days which came into force at 8 pm on Wednesday and will remain in operation till 7 am on May 1. 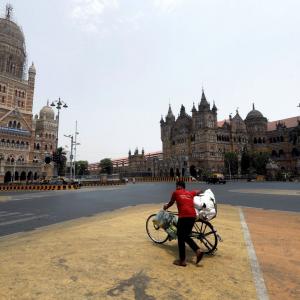 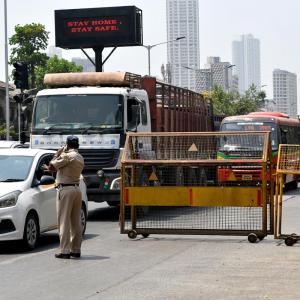