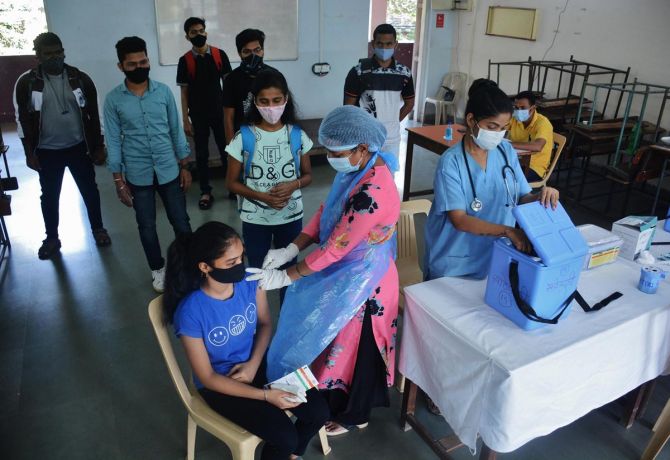 IMAGE: A health worker administers a dose of Covid-19 vaccine to a student during a vaccination camp at Gyansadhana college set up by Thane Municipal Corporation, in Thane, on Saturday, October 23, 2021. Photograph: PTI Photo

Kerala has reconciled 399 fatalities from the previous period.

Hence, the death toll is higher, officials said, adding that 65 deaths have been reported from Kerala in the last 24 hours.

The daily rise in new coronavirus infections has been below 30,000 for 30 straight days and less than 50,000 daily new cases have been reported for 119 consecutive days now.

A decrease of 1,134 cases has been recorded in the total active number of COVID-19 cases in a span of 24 hours.

The number of people who have recuperated from the disease surged to 3,35,48,605, while the case fatality rate was recorded at 1.33 per cent.

The cumulative doses administered in the country so far under the nationwide COVID-19 vaccination drive has exceeded 102.10 crore.

The 561 new fatalities include 464 from Kerala and 33 from Maharashtra. 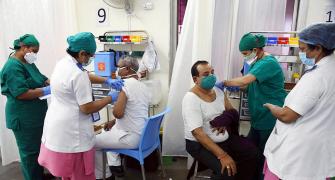 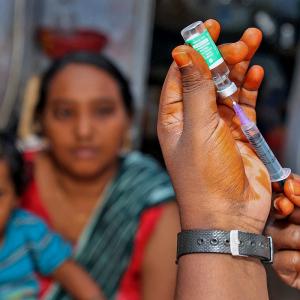