A Hindu party on Thursday sought action from the Bar Council against senior advocate Rajeev Dhavan, representing Muslim litigants in the Ayodhya case, for his "highly unethical act" of tearing the pictorial map purportedly showing the birthplace of Lord Ram during the Supreme Court hearing on Wednesday. 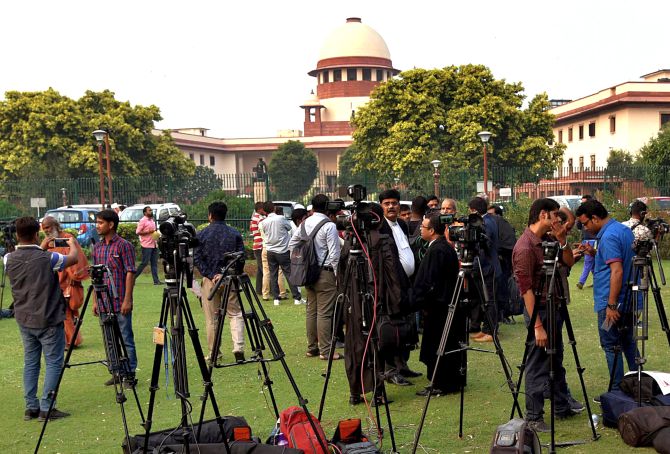 One of the factions of the All India Hindu Mahasabha wrote to the Bar Council of India condemning Dhavan's action on the concluding day of the 40-day hearing in the Ram-Janmabhoomi-Babri Masjid land dispute case before a 5-judge Constitution bench headed by Chief Justice Ranjan Gogoi.

Dhavan had created a flutter in the packed courtroom on Wednesday when he tore the pictorial map provided by senior lawyer Vikas Singh, representing AIHM.

"It is therefore, requested to take cognisance and take appropriate action against the senior advocate in accordance with law," Pramod Pandit Joshi, national spokesperson of AIHM said in a statement.

The apex court on Wednesday wrapped up the marathon hearings in the politically sensitive case and reserved its verdict.

Dhavan, representing Sunni Wakf Board and other Muslim parties, had taken strong objection to Singh relying on the site map and books written by foreign and Indian authors to buttress claims that the central dome of the now demolished structure was the birthplace of deity 'Ram Lalla'.

Dhavan had said such documents (maps) cannot be relied upon in the matter now as the issue of location of 'janmsthan' was discussed by the Allahabad high court on other documents.

When he vigorously raised objections to the reliance on the pictorial map, which is also part of the book 'Ayodhya Revisited' by former Bihar cadre IPS officer Kishore Kunal, Singh had said he will not press the pictorial map to be taken on record.

Dhavan had then asked the Constitution bench as to what he should do with the map.

The bench had said that he can shred the documents into pieces.

Dhavan then tore the pictorial map, provided by the AIHM counsel, in the courtroom to the utter shock of the lawyers and visitors in the packed courtroom.

The drama did not end there and during the hearing in the post lunch session, Dhavan again referred to the pre-lunch incident of his tearing off the papers and said that "outside the court, it has become viral".

"The news that has become viral is that I on my own tore the papers," he said.
Dhavan said he had asked and sought the permission of the bench whether those papers can be thrown and the reply from the CJI was "if it is irrelevant, you can tear it".

"The CJI said I could shred the papers and I just followed the order. I take advice of Mr (Arvind) Datar in such matters and he told me it was a mandamus (a kind of writ or direction)," Dhavan had said.

The CJI had shot back saying, "Dr Dhavan is right that the chief justice said, so he tore up. Let this clarification also be widely reported."

The CJI was joined by another member of the bench, Justice S A Nazeer, who had said: "It is widely reported now".

When Singh was advancing arguments, the repeated interruptions irked the bench and that had led the CJI to observe: "For us the argument is well over".

Source: PTI© Copyright 2020 PTI. All rights reserved. Republication or redistribution of PTI content, including by framing or similar means, is expressly prohibited without the prior written consent.
Related News: Rajeev Dhavan, CJI, All India Hindu Mahasabha, Supreme Court of India, Bar Council of India
SHARE THIS STORY
Print this article 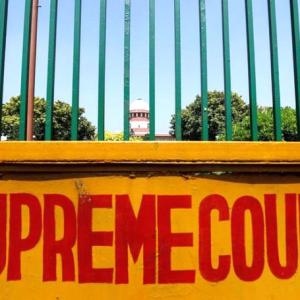 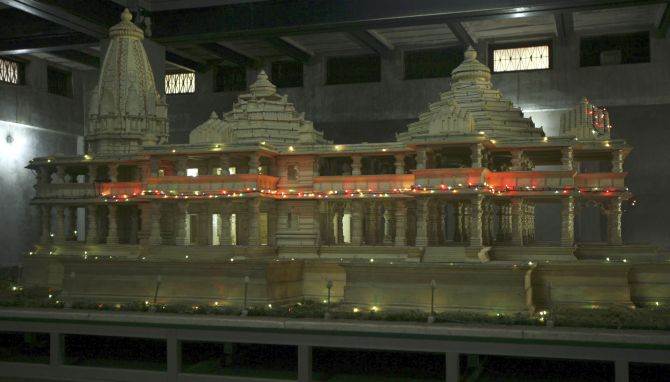