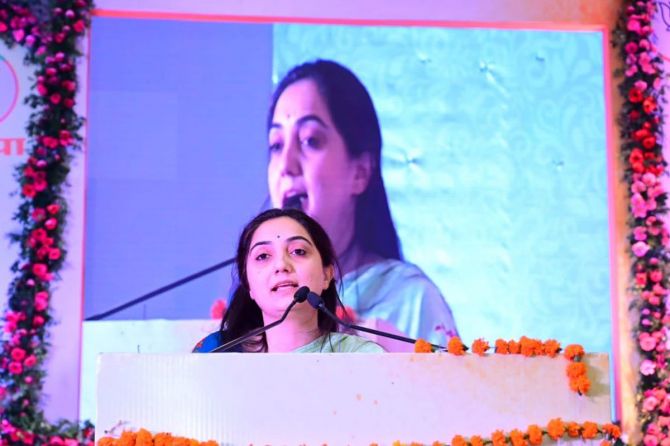 The BJP on Sunday had suspended its national spokesperson Sharma and expelled its Delhi unit's media head Naveen Kumar Jindal as the row over their derogatory remarks against Prophet Mohammed escalated with protests from some Muslim countries.

"I have practically grown up in the organisation. I respect and accept their decision," Sharma said after she was asked about the BJP's action against her.

Amid demonstrations by Muslim groups and the sharp reaction from countries like Kuwait, Qatar and Iran, before suspending its leaders, the party on Sunday had issued a statement asserting that it respects all religions and strongly denounces the insult of any religious personality.

Sharma's comments, made in a TV debate nearly 10 days back, and Jindal's now-deleted tweets, sparked a Twitter trend calling for a boycott of Indian products in some countries.

Party general secretary Arun Singh in a statement had said that the party is strongly against any ideology which insults or demeans any sect or religion.