Condemning the arrest of Alt News co-founder Mohammed Zubair, a group of activists on Tuesday said it was "absolute hypocrisy" of the government that his arrest came on a day India committed at the G7 Summit to defend democratic principles and protect the freedom of expression. 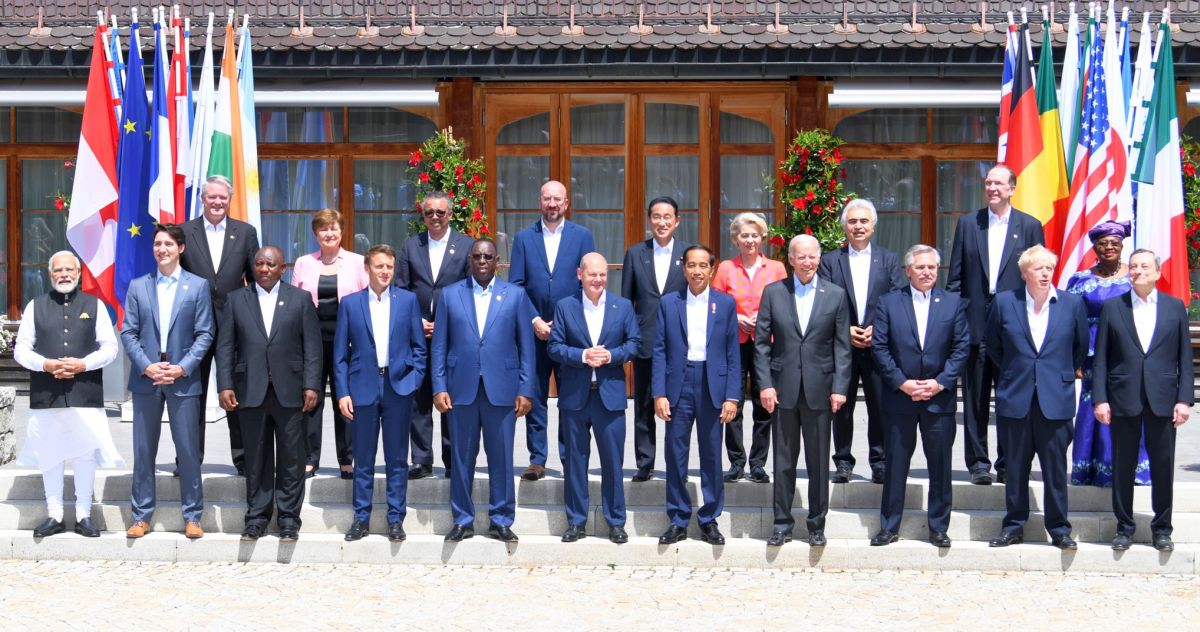 IMAGE: Prime Minister Narendra Modi with the other G-7 leaders during a family photo at G-7 Summit, in Germany. Photograph: PMO

Zubair was arrested by the Delhi Police on Monday for allegedly hurting religious sentiments through one of his tweets posted in 2018. His arrest came days after the Gujarat authorities arrested Teesta Setalvad on the charges of "criminal conspiracy, forgery and placing false evidence in court to frame innocent people" in the 2002 Gujarat riots.

Criticising the arrests, All India Progressive Women's Association member Kavita Krishnan alleged it was "absolute hypocrisy" of the prime minister to "use the Constitution of India as window dressing" while he is acting in revenge against activists and journalists who is holding his party accountable.

"I expect more from leaders of world democracies and the international media. When Modi goes to an international stage, he should be asked about his treatment of journalists and activists in India. I find it wrong if he is given a free pass and talk about democracy in India...," she told PTI.

She also referred to the treatment of India's Muslim minority and the country's low ranking in the press freedom index and said the international media should hold Prime Minister Narendra Modi accountable for these.

Shabnam Hashmi, social activist and founder of Anhad, alleged these are times worse than the Emergency.

"On the international platform, the prime minister is talking about freedom of speech and he should be ashamed of it. This is absolute hypocrisy," Hashmi told PTI.

Aakar Patel, chair of board for Amnesty International India, said the Indian authorities are targeting Zubair for his crucial work to combat the rise in fake news and disinformation and call out discrimination against minorities.

"The arrest of Mohammed Zubair shows the danger facing human rights defenders in India has reached a crisis point," Patel said in a statement.

In a statement issued on Monday, leaders of the G7 grouping and its five partner countries, including India, committed to open public debate, independent and pluralistic media and the free flow of information online and offline, while guarding the freedom, independence and diversity of civil society actors.

The leaders, including Prime Minister Narendra Modi, said they are prepared to defend these principles and are resolved to protect the freedom of expression.