Bhim Army chief detained in Hyderabad ahead of anti-CAA protest 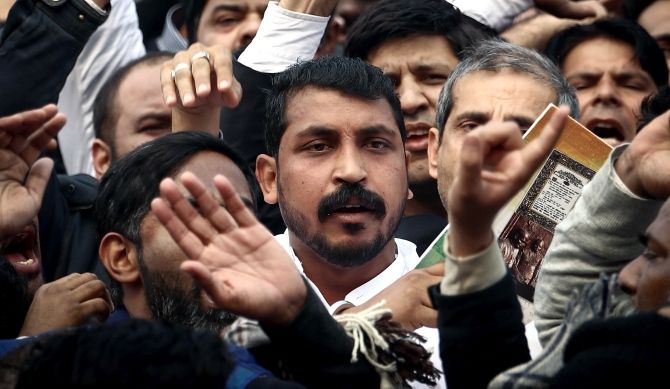 Hyderabad City police in Hyderabad on Sunday detained Bhim Army chief Chandra Shekhar Aazad, ahead of his participation in a protest against Citizenship Amendment Act (CAA) and National Register of Citizens (NRC).

According to the police, Aazad was detained as he was going to participate in a protest against the CAA and NRC in a garden in the limits of Langar Houz Police Station.

The police added that the demonstrators haven't taken any permission from the police to hold the protest.

Further details in this regard are awaited.