Miffed by the Central Bureau of Investigation for not informing him of its decision to close the murder case of thirteen-year-old Aarushi Talwar, her father Rajesh Talwar said, "We had pinned our hopes on the investigation but it has been shattered."

Rajesh said, "I got to know of it (the closure of the case) from the media. And, there has been no communication from the agency."

Claiming the CBI had not properly verified Aarushi's DNA and other forensic reports, he said he would meet CBI Director AP Singh over the issue.

"We had done everything to get our daughter justice. Why did the CBI do such a thing," asked Rajesh.

"We are certainly not satisfied. There is no doubt that someone murdered my daughter. We are broken parents today. The Uttar Pradesh police failed to act but even the CBI has failed to act. Today, her killers are walking free. I do not care who botched up the case. We want justice for our daughter,'' said Aarushi''s mother Nupur.

On Wednesday, the investigating agency in its closure report said the case has been damaged beyond repair and crucial evidence has been handled badly.

The CBI took over the investigation into the murders of Aarushi and Hemraj on June 1, 2008, forming a 25-member team in a resolute attempt to crack the case.

The investigating agency later constituted a new team to look into the case, and recovered Aarushi's phone Nokia N-72 by tracking the International Mobile Equipment Identity number six months after the murder.

In June 2008, the CBI arrested three men, including Krishna, a helper at Dr Talwar's dental clinic, for Aarushi's murder. The other two men worked as domestic helpers in the Talwars' neighbourhood.

However, three months later, all three men were granted bail when the CBI admitted that it had no hard evidence against them.

The CBI had also conducted narco-analysis tests on Aarushi's parents to examine the possibility of their involvement.

Aarushi was found murdered in her Noida home on May 15, 2008. She was found with her throat slit and several stab wounds to her face. The family's domestic help Hemraj was also found dead on the rooftop. 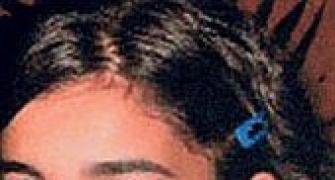