A constable of Uttar Pradesh police on Thursday told a local court, where the trial of Aarushi murder case is on, that the finger prints of the teenaged girl were not taken.

When asked by counsel S P Thareja, defending the main accused Rajesh and Nupur Talwar, whether finger prints of the girl were taken the constable Chunni Lal Gautam said "no". Gautam said, "Finger prints were taken from unidentified bodies," as far as he was concerned.

The defence sought further documents including the finger print tapes, photographs and  statement of a key witness, a head constable of Uttar Pradesh police.

In three separate applications before the Central Bureau of Investigation special court in Ghaziabad on Thursday, defence counsel sought the documents under section 161 of the Criminal Procedure Code for further proceeding with the case.

Thareja sought supply of the original tape from which the finger prints were developed and 230 photographs were made.

The defence counsel said only 23 photos of the crime scene were supplied at the previous date of hearing on June 8. He also said that he would pay for the expenses of the supply of these documents.

CBI sought time for reply to the three applications and the court fixed June 25 for the same. In the meantime, constable Gautam continued with his deposition before the court as a prosecution witness.

Throughout the day long proceedings both Rajesh and Nupur Talwar accused in the case silently witnessed the proceedings. Saini said that the defence was not asking relevant questions from the witness.

He said the defence in fact "tortured the witness" asking "frivolous questions." On the other hand, the defence counsel told PTI that these were relevant for the purpose of cross examination and that the copy of the statements recorded before the CBI and the investigating officer on July 2, 2008 and July 29, 2010 under the section 161 of CrPC which was later submitted in the court, was also essential for the case. 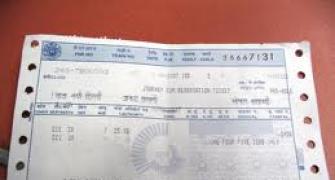 Court summons Kejriwal for his derogatory remarks on MPs