AAP's Ashutosh defends column, slams NCW for action against him 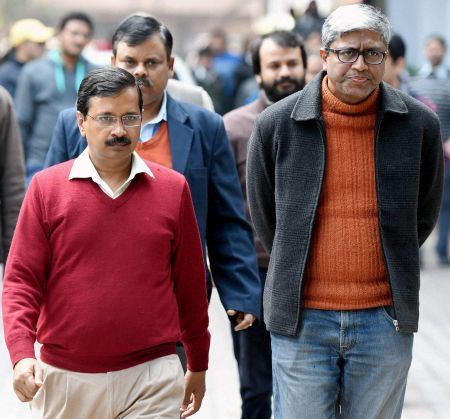 Under attack for his controversial blog defending sacked Delhi minister Sandeep Kumar, Aam Aadmi Party leader Ashutosh on Tuesday said the police case against him was an “infringement” on his right to freedom of expression.

He also hit out at the media, saying it was indulging in “vulturisation” and “doing embedded journalism”.

“Atmosphere is created where critical analysis of history not allowed, freedom of expression will be crushed, voice of dissent suppressed. Registering police cases against me is an infringement on my fundamental right to freedom of expression mandated by Constitution,” he wrote in a series of tweets.

“Even media is not interested into finding the truth, indulging into vulturisation and doing embedded journalism,” he said.

In his blog on NDTV, Ashutosh had written, “This video encompasses pictures of a man and woman indulging in a sexual act. The video clearly establishes that both individuals knew each other and consented to sex in a private space away from the public glare. The question then is that if two consenting adults are physically involved with each other, is it a crime?”

Kumar was arrested on Saturday night after a woman seen in a video with him in a “compromising position” complained that she had been drugged and raped a year ago.

“We have asked him to come on September 8. This is in response to what we feel is a very reprehensible and demeaning blog Ashutosh wrote, where he defended a man accused of rape,” NCW Chairperson Lalitha Kumaramangalam had said.

“The Commission has taken a note in the larger interest because we feel that as a spokesperson of a party that governs Delhi and a party whose members have been accused of many incidents of violence against women he should not be writing a blog like this which reeks of patriarchy and misogyny,” she had said.