The sociopath serial dog killer who was spotted slaughtering puppies and dogs in the national capital was finally arrested by the Delhi police on Saturday.

A massive manhunt had been set in motion after the CCTV footage showing the man brutally killing the dogs went viral.

The arrested suspect is a resident on Lucknow and the knife he used to butcher the dogs has also been seized.

The shocking incident happened last month when three dogs and a puppy were found lying in a pool of blood near the exit gate of GreenPark metro station.

According to the CCTV footage, the accused who was dressed in jacket and shorts attacked and stabbed the dogs one by one after luring them with food. After stabbing three dogs, he brutally thrashed another puppy before leaving the area.

A Delhi-based non-governmental organisation had announced a reward of Rs 1 lakh for helping in identifying the accused. 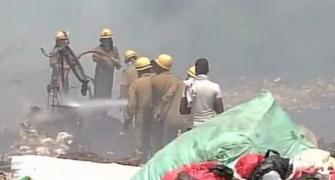 Major fire breaks out in a slum in Delhi, 400 jhuggis gutted 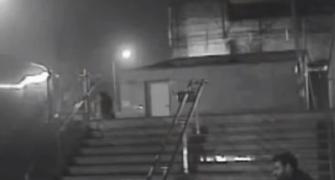 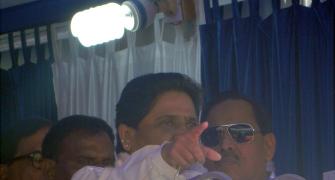 BJP's base is shrinking across the country: Mayawati