Zydus Cadila's COVID-19 vaccine ZyCoV-D will initially be used in seven states, including Maharashtra, Tamil Nadu, Uttar Pradesh and West Bengal, which have been recommended to identify the districts with a high number of beneficiaries who have not received a single dose of a Covid vaccine for its introduction. Union Health Secretary Rajesh Bhushan, who reviewed the status and progress of the "Har Ghar Dastak" campaign with the health secretaries and National Health Mission (NHM) directors of the states and Union territories through a video-conference on Thursday, advised the seven states to identify the districts with a high number of first dose left out for the introduction of ZyCoV-D, a statement issued by the health ministry said.

ZyCov-D, which is the first COVID-19 vaccine to be cleared by India's drug regulator for those aged 12 years and above, will only be administered to adults in the seven states as of now, sources said.

The national training process for ZyCoV-D administration has been completed, the statement said.

The seven states have been asked to plan sessions based on the PharmaJet injector and identify vaccinators to be trained for using it for vaccination, it added.

The cumulative number of COVID-19 vaccine doses administered in the country has crossed 125 crore. A total of 79.13 crore (84.3 per cent) beneficiaries have received the first dose and 45.82 crore (49 per cent) have received the second dose of the vaccines, according to a provisional report.

Drug firm Zydus Cadila on November 8 said it had received an order to supply one crore doses of ZyCoV-D to the Indian government at Rs 265 per dose.

"Zydus Cadila has received an order to supply one crore doses of ZyCoV-D, the world's first Plasmid DNA Vaccine, to the Government of India at Rs 265 per dose and the needle-free applicator being offered at Rs 93 per dose, excluding GST," the pharma firm had said in a regulatory filing.

The vaccine will be administered using a needle-free applicator called "PharmaJet", as opposed to the traditional syringes.

A needle-free applicator ensures painless intradermal vaccine delivery, which also leads to a significant reduction in any kind of major side-effects.

ZyCoV-D is the first DNA plasmid vaccine in the world for human use, developed indigenously by the company against COVID-19, Zydus Cadila said.

The three doses of ZyCoV-D are to be administered 28 days apart. The vaccine was given emergency use authorisation (EUA) by the Indian drug regulator on August 20. Zydus Cadila cuts price of its vax for those above 12 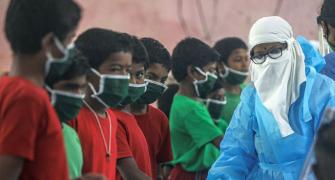 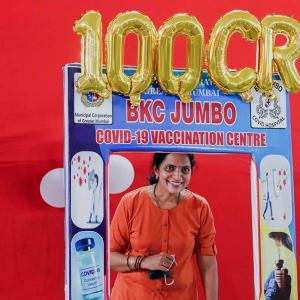