Six Indian Air Force officers have been charged with murder after a trainee cadet, against whom a court of inquiry was initiated, was found hanging, a police officer said. 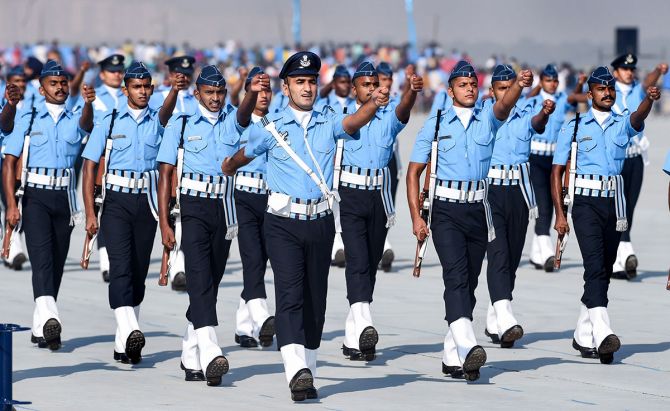 According to police, Ankit Jha (27) was found hanging in one of the rooms of Air Force Technical College.

The police suspected that the death happened four or five days ago.

Based on his brother Aman Jha's complaint, the police registered a case against six IAF officers at Gangammana Gudi police station on Saturday.

Aman has also alleged in his complaint that attempts were made to tamper with the evidence as people from the AFTC were present around 4.30 am on Saturday at the police station with a piece of evidence he was also looking for.

He even wondered how the people from AFTC knew beforehand about his presence in the police station in the early hours and reached there.

"The reason behind the death is yet to be ascertained. Our investigations are on. Jha was a trainee cadet and he was found hanging in one of the rooms of AFTC," a senior police officer told PTI.

"The officers against whom the complaint was lodged have not been arrested but the Indian Air Force has assured us all assistance," the officer said.

He added that they are waiting for the post-mortem report to carry forward the investigation.