A total of 37,02,595 people have recuperated from COVID-19 in the country so far, with 58 per cent of the recovered cases being reported from Maharashtra, Tamil Nadu, Andhra Pradesh, Karnataka and Uttar Pradesh, the Centre said on Sunday. 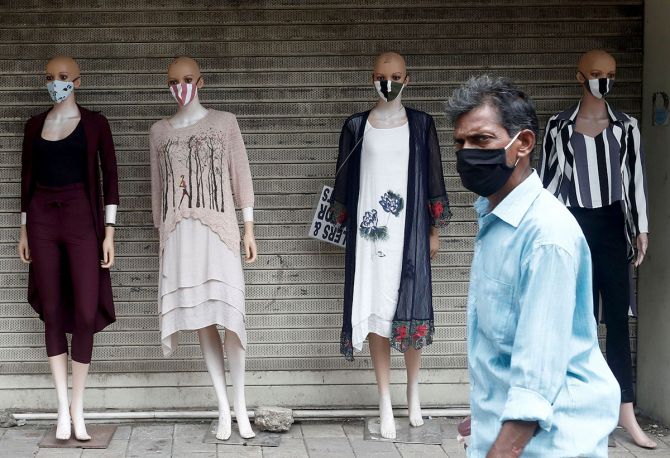 IMAGE: A man wearing a protective mask walks past mannequins on a street amidst the spread of the coronavirus in Mumbai. Photograph: Francis Mascarenhas/Reuters

The same five states account for 60 per cent of total 9,73,175 active cases in the country.

The national recovery rate now stands at 77.88 per cent.

Maharashtra continues to lead with more than 13,000 recoveries while Andhra Pradesh has contributed more than 10,000 to the single-day recoveries, it said.

A total of 78,399 recoveries have been registered in a span of 24 hours in the country, according to the health ministry's data updated at 8 am.

Of the 94,372 new infections that have been reported in 24 hours, Maharashtra alone has contributed to more than 22,000 cases followed by Andhra Pradesh and Karnataka with more than 9,000 cases each, the ministry highlighted.

Maharashtra has more than 2,80,000 cases followed by Karnataka with more than 97,000 cases, the ministry said.

Also, 1,114 COVID-19 fatalities have been registered in a span of 24 hours. Maharashtra has reported the maximum number of 391 deaths followed by Karnataka with 94 deaths, whereas Tamil Nadu has reported 76 deaths. 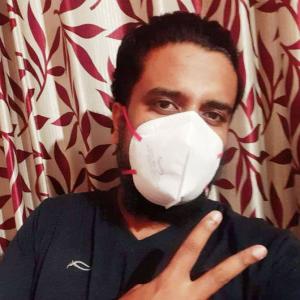 6 things I learned while fighting COVID