Four people, allegedly associated with the Bajrang Dal have been arrested in connection with the assault on two persons at Nargund in Gadag district, one of whom succumbed to injuries. IMAGE: Kindly note that this image has been posted for representational purposes only. Photograph: Mansi Thapliyal/Reuters.

According to police sources, Sameer Shahapur, a server in a roadside eatery in Nargund, and his friend Shamsher Khan Pathan, both aged about 19, were allegedly attacked by a group of people with rods and sharp objects, while the duo was riding on a motor bike, on January 16 night.

While Shahapur succumbed to injuries at the Karnataka Institute of Medical Sciences in Hubballi on January 17, Shamsher is recovering.

The police suspected that Sunday's attack may be retaliation for some Muslim youth allegedly assaulting a Bajrang Dal member last November, as there have been incidents of skirmishes between groups belonging to communities for a couple of months now, and investigation will reveal if there was any link to earlier incidents.

Sameer's family members have complained that it was a hate crime.

According to sources, ahead of the attack, Bajrang Dal activists led by its local leader Sanju Nalvade had staged a protest outside the local police station, demanding the arrest of the November attackers and withdrawal of cases against members of his outfit, during which he allegedly delivered a hate speech.

Nalvade and three others have been arrested in connection with the attack and murder.

An FIR has been registered for the alleged hate speech as well, police sources said, adding that further investigation is underway. 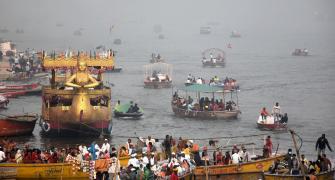 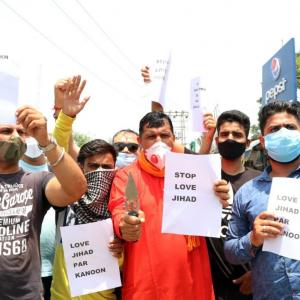