Judge Tahilyani stunned the court when he said, "Accused number two (Fahim Ansari) and accused number three (Sabahuddin) are acquitted of all the charges and should be released forthwith."

The acquittal of the two accused caused such stir in court that the conviction of Ajmal Kasab and its importance took time to sink in.

Before the judgment was delivered many experts believed that the case against Fahim and Sabahuddin was so weak that it looked as if it was 'cooked up' but, now, Judge Tahiliyani has acquitted the accused so convincingly that Mumbai police officers have lost their credibility.

The judge has, point by point, demolished the investigation against Fahim and Sabahuddin.

The first charge that both accused met in Nepal was not acceptable to the judge because the Mumbai police could not bring Nepali hotel owner or manger, where these two accused supposed to have met. Two, they brought in one Nooruddin as a witness, who claimed to have seen the accused together in Nepal. But judge said he was not convinced. The Mumbai police could not produce any evidence that the witness Noorudin had visited Nepal during that time.

Deven Bharti, of Mumbai Police (crime branch), told rediff.com, "We will wait for the judgment. We will challenge it in court. We have given enough evidence. We are sure of a conviction in the higher court.'

Fahim's wife Yasmin told rediff.com, "Mujhe ummeed to thi. (I was hopeful.). But I really can't believe this moment is true."

She was crying when the judge acquitted her husband. She could not speak due to exhilaration of the moment.

Before rediff.com can ask anything, Yasmin whose face was covered by a burkha, said, "I am worried that he may be taken to Barelli in Uttar Pradesh."

Her frail body was shivering with joy, excitement and anxiety.

This judgment will erode whatever credibility the Mumbai police has. The judge has not only completely demolished the case built up against the Indian nationals but also said that the evidence brought by the Mumbai police failed to inspire him.

Fahim and Sabahuddin were charged with aiding the terrorists by providing maps of vital places of Mumbai. The Mumbai police said that Fahim conducted the survey and took maps and pictures to Nepal to hand them over to Sabahuddin and from Nepal it was sent to the Lashkar-e-Tayiba in Pakistan. One of the copies of the map prepared by Fahim was found in pocket of terrorist Abu Ismail, an accomplice of Ajmal Kasab, who attacked CST station. Ismail was later killed in encounter with the Mumbai police.

The judge dismissed this evidence and asked how Ismail's trouser was soiled with blood and the map was without stains? "The map should have been in a spoiled condition," the judge said.

The judge said he is not convinced that Fahim gave a map to Sabahuddin in a Nepal hotel and that Sabahuddin sent that map to the LeT in Pakistan. The judge said, "I believe technology is so good today that they could have got better information from Google or Wikipedia," the judge commented when he saw the poor quality of the map.

Also the map showed the route to Malabar Hill but here too the judge faulted the Mumbai police for their investigation. The judge said this is not believable because Kasab and Abu Ismail were not at all planning to leave CST station. They ventured out because there was a reaction from the police. The judge said, "Both terrorists were never destined to go to Chowpatty. By mistake they went there." So their planning an attack in Malabar Hill is ruled out. The Mumbai police had claimed that the map was showing the route to Malabar Hill via Chowpatty from CST station.

The judge also found discrepancies in a panchnama of Ismail's body and a panchnama made of the map that was found on his body.

The judge said that he didn't find 'inspiring' the witnesses like the landlady and real estate agent who said that they gave a room on rent to Fahim, from where he surveyed vital places in Mumbai for the LeT.

The judge told the prosecution, "I have to say that quality and quantity wise evidence against accused Fahim and Sabahuddin didn't inspire confidence."

He said that this is one case where, as one of the Supreme Court judgments has said, the evidence is neither wholly reliable nor wholly unreliable. 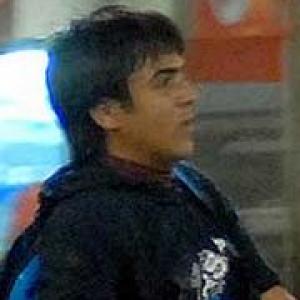 Why Ansari, Sabahuddin were acquitted