About 25 per cent of women aged 18-29 and 15 per cent of men aged 21-29 got married before reaching the minimum legal age of marriage, according to the latest National Family Health Survey conducted between 2019-21. In India, the legal age of marriage for women is 18 and 21 for men. However, the government is planning to make it 21 for both men and women.

The percentage marrying before the legal minimum age is 32 per cent in Assam, 28 per cent in Dadra and Nagar Haveli, and Daman and Diu, 27 per cent in Telangana, and 25 per cent each in Madhya Pradesh and Rajasthan, the NFHS said.

The percentage of women marrying before reaching the legal minimum age of 18 is lowest in Lakshadweep (4 per cent); Jammu and Kashmir, and Ladakh (6 per cent each); Himachal Pradesh, Goa, and Nagaland (7 per cent each), and Kerala and Puducherry (8 per cent each).

But the report also said that early marriage has been declining over time.

It was also noted that women having 12 or more years of schooling marry much later than other women.

The same percentage (4 per cent each) of women aged 15-49 had a non-live birth in the five years preceding the NFHS-5 survey and in the NFHS-4 survey.

Eleven percent of marriages are consanguineous, which are more common in all of the southern states except Kerala.

Consanguineous marriages are women who report that their husband was related to them by blood before their marriage.

Teenage childbearing is higher among Muslim women age 15-19 years (8 per cent) than the other religious groups, the report said.

The survey also found that one in nine women age 45-49 are widowed.

The NFHS-5 survey work has been conducted in around 6.37 lakh sample households from 707 districts of the country from 28 States and 8 UTs, covering 7,24,115 women and 1,01,839 men to provide dis-aggregated estimates up to district level.

The national report also provides data by socio-economic and other background characteristics; useful for policy formulation and effective programme implementation.

Employment among currently married women age 15-49 has marginally increased from 31 per cent in NFHS-4 to the current 32 per cent, the report said, adding that among the employed, the percentage of women who earn cash has increased from 80 per cent to 83 per cent.

For men, by contrast there has been no change in the percentage employed and the percentage who earn cash has slightly increased from 91 per cent to 95 per cent.

"Women's participation in decisions about their own earnings has slightly increased (from 82 per cent to 85 per cent) in the 4 years since NFHS-4," the NFHS said.

However, the percentage of employed women earning cash and about the same or more than their husbands has slightly decreased from 42 per cent at the time of NFHS-4 to 40 per cent in NFHS-5, it said. 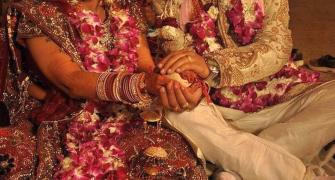 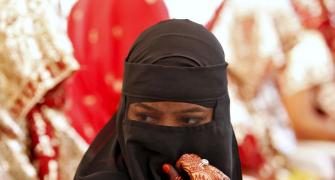 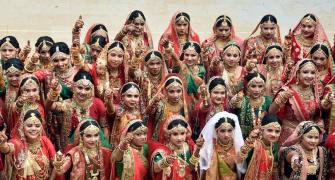 Govt to raise marriage age of women from 18 to 21 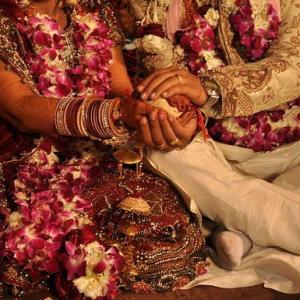 Khaps have "no business" interfering in marriages: SC